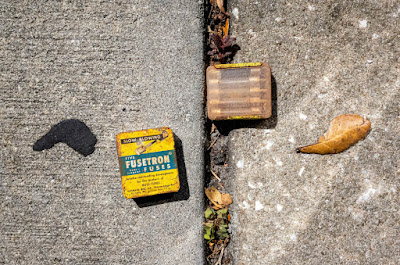 I wonder. . . did the Coronavirus kill off the blog's readership, or was it me?  Well. . . we know the answer to that one.

I finished perusing the Stephen Shore book.  Why do I buy these things sight unseen?  Ah, that's not fair.  It was o.k.  Too many dirty bathrooms for me, though.  One shitty toilet is enough, I say.  But who am I to judge?

I am awaiting another new release by him in a few days.  Signed edition, no less.  Me and Stephen are tight.

I worked with the 4x5 again today.  Worked for hours.  Fucked everything up.  The pictures keep coming out blurry.  I think it is me, though and not the equipment.  I will do some more tests tomorrow.  What else do I have to do?  It is ridiculous, and I might tire of it soon, but for now, I'll keep plugging away.  Hell, I might make something I like.

I learned the word "sheeple" today.  That is what the conspiracy theory secretary of my ex-boss calls people who go along with the liberal media.  She is reportedly posting on Facebook every five minutes if my source is to be believed.  They'll never make her take a vaccine.

I'm with her. . . you know?  Next thing, they'll be telling you what side of the street to drive on or how fast you can go.  If I can't call somebody a nigger, is this really a free country?  I'll tell you, if we were truly free, I could. . . well, we won't go there.

And Fox is all over Fauci.  I think they are right.  Who elected him, they complain?  Their viewers (my mother) don't think beyond that fact.  I mean, who elected the Supreme Court?  Who elected Barr?  These people (but not my mom) are morons.  However, they are close to a majority.  I'm sick of arguing (I don't) with people who have no credentials or achievements under their belts.  Why would we listen to scientists?  They can't even prove that there is no Loch Ness monster.  Yea.  Fuck doctors.  Who elected them?  All you need is a pocket full of magic rocks and a head full of opinions.

What once looked like an avenue for talented people to get noticed has turned into a shit show of idiots.  Selavy. 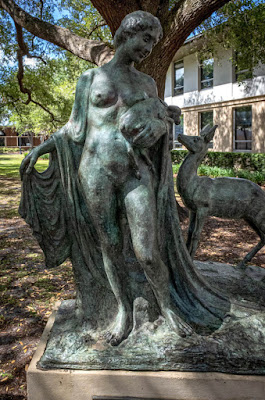 This statue stands outside City Hall in my own hometown.  Surely soon they will take it down.  Why is it there?  What does it mean?  Why do we support public nudity?

The past is bad.  Old people are perverted.  Lust and desire have ruined the world.  A new generation wishes to fix all that.  Part of the cure is partying in bars on the weekend and going to see their grandparents.  The Boomer Cleanser.  Fuck all these hideous old Parrot Heads.

You can have my virus when you take it from my cold, dead hand.

So, it now seems that Covid-19 is going to fuck them royally.  They won't die, but they may have long term effects that will get them when they are old.  And the economic fallout is going to make them bottom feeders.

I wouldn't bet against Trump, though.  He's a real winner amongst a certain part of the crowd.  Not the scientist, you know, but real people.