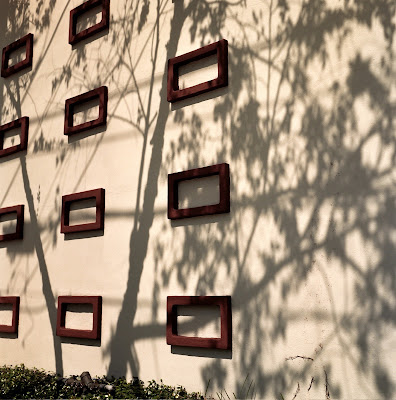 Pain reduces life's pleasures.  Pain relief, however, brings a new appreciation of the simplest things.  I am not one to jump into the relief drugs can bring.  I put it off as long as possible as I know the diminishing returns over time.  Yesterday, I stayed busy.  Really busy.  I went to the exercise course for a workout first thing.  Some of you will question the efficacy of that given that my back was hurting very badly, but I am an expert in this area after having lived and trained with pain and injuries for decades.  I did nothing that caused me excruciating pain.  Not even things that brought on major pain.  Minor pain, maybe, but I know the threshold up to which one can work.  Nothing I did yesterday caused me real pain.  I had a successful "exercise experience."

The rest of the morning was spent on yard work and driveway repairs and a few other errands.  The hot shower seemed to loosen my back up a bit, but sitting down for lunch, I knew I was still in trouble.  The dull ache I experienced while moving was supplemented by a sharper, harder pain that overlapped it.  I tried lying down, but that was worse, so I ran more errands, mailed some things, and prepared a cocktail to take to my mother's.  When I got there, she offered me an ice pack.  Sure.

Home, dinner, and I still hadn't taken anything for pain or inflammation.  I watched some t.v. and drank some scotch, and then. . . yea, yea, I took a prescription pain pill a former housemate had left behind and half a muscle relaxer that I have left over from another time.  Within half an hour, my eyes were getting heavy.

I slept pain free until five.  Why drugs work for six instead of eight hours is a medical mystery, but by five, they seemed to have worn off and the slow, gripping pain was growing.

I will not go all day without another pill.  Once I'm in, I'm in.  Drugs have a purpose.  That's why they call them drugs.

But I won't be driving over to the beach today.  I'd look like a corkscrew when I got out of the car.  But what, then?  What will I do?  Well, I've had a lot of practice these past few months of wasting my life and doing nothing.  I guess I will get more practice in that.

Now that you are caught up on the local news, its time for the national.  When Hillary Clinton called Trump supporters "Deplorables," we all knew she had made a big mistake.  And now we all know that she was right.  But. . . and here's the bigger thing that isn't stated. . . liberals spent years and years and years making certain they had a voice.  They had to make sure that everyone got a prize, that nobody was left out.  School classrooms were no longer segregated by achievement or intelligence.  Grammar became as unimportant as logic.  We elevated E.Q. over I.Q.  We learned to say, "Well. . . that's good, too."  Liberals loved the postmodern as they love most things iconoclastic.  Old orders were overturned.  Everything was leveled.  Hierarchy was replaced with a labyrinth.  No more better and worse.  Everything, including science, was a linguistic trick to be questioned.  Morals were a master narrative of those in power and could be set topsy turvy by deconstructive means.

Hey, I spent a lot of time and energy studying all of that.  And I'm fairly good at it, too, good enough to know that most people espousing the ideals didn't fully understand them, and the ones who understood them least used them most "effectively."

And now we have the Elevation of Stupid.  And the left's unwillingness to question anything iconoclastic, unwillingness to call bullshit on even the worst ideas that are opposed to the current order, is maddening.  You can't assume that just because someone is iconoclastic they are smart.  There are just a lot of dumb ideas being elevated right now.  Liberals are steadfast in their desire to replace the idiocy of the Deplorables with some idiocy of their own.

I grew up with the call to "Question Authority," but I assumed they meant to do that with intelligence.  Maybe that needed to be stated in there somewhere.  We live in a time of social revolution, but there is no shortage of idiocy on either side.  Did you ever read "Mad Magazine"?  In particular, "Spy vs. Spy"?

It's like that.  It's a coin with no heads and no tails.  Intellectuals are shouted down by the rabble.  The partially educated have taken to the streets.

Hey now, that was fun.  Let's move on to the weather.

Maybe tomorrow my back will be better and I'll be fun again.  But pain can make you mean.  There are really only two kinds of people in the world, the sick and the well.  No, wait, I mean the young and the old.  No, no, I mean the certain and the uncertain.