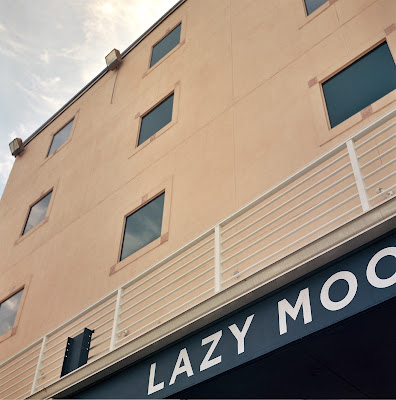 Is it just here in my own home state that they can't predict the weather, or is like this everywhere?  I try to convince my mother that science is a good thing, but weather forecasting is based on science, so the argument is lost.  Of course, predictions and forecasts are only as good as the assumptions that go into the model.  Dr. Anthony Fauci explains this all the time.  But I've never seen anything as predictably wrong as the weather forecasting here.

I got up early today to go take photos in the early morning light.  There is none.  There was supposed to be.  Even now as I sit beneath a cloudy sky, the weather app shows that I am and will be sitting under cloudless skies.

It all went to shit when they began using percentages for predictions.  40% chance of rain.  What the fuck?  It is impossible to be wrong.  Weather maps used to have isobars showing air pressure.  I learned how to read them like a topographical map, sort of.  Where the lines were pushed together, you knew something was coming, the closer the lines, the more severe.  Now they show pictures.  I haven't learned to read the pictures yet.  Today there is an 80% chance of a smiley face.  Tomorrow only 50%.

They had to do that, though.  They had to dumb down the weather map.  Once one t.v. station or network replaced a real meteorologist with a funny or pretty personality and started using stickers instead of actual scientific notation, you know where the ratings went.

And of course--Dylan: "You don't need a weatherman/ To know which way the wind blows."

But enough of that.

I spend a lot of time alone, as I have reported here again and again and again.  Last night, just before bed, I must have written to an old flame, as they used to say.  I had a text from her this morning.  I went back and looked.  Oh, boy.  Those are some old tricks I am up to.  I shouldn't be bothering her now.  But I was watching "Peter Gunn" again, and I just can't get enough of Edie Hart, and she looks and sounds much like the old flame.  Jesus, that show needed a lot more Edie.  Or, perhaps, I do.

July is here, and we rejoice.  Summer vacations.  Road trips.  Europe.  The mountains.  Lazy days of summer.  Backyard barbecues with the neighbors.  Homemade ice cream.  Big houses on the Capes.

Or. . . me and ma sitting in the driveway with an Old Milwaukee.

Wow.  That took me a good, long while to spell.