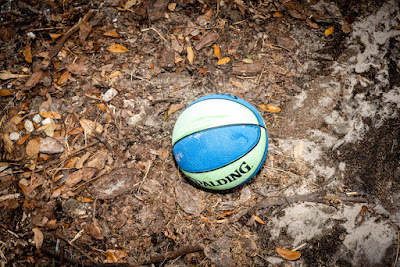 I barely moved yesterday.  Something was wrong with me, but I don't know what.  Mental and physical, maybe.  I am stressing in ways I've never believed possible.  At night, I wake up to possible catastrophes, things that might go wrong, potential health matters. . . .  During the day, I never feel rested.  Maybe I am wearing out.  I tried to walk it off, but afterwards, I was just truly exhausted, so I made some lunch and stayed on the couch until bedtime.  I called my mother and told her I just couldn't come over.  I pulled up the cache of movies I have selected on Amazon.

The first one I watched was "Electra Glide in Blue."  1973.  I saw it back then and remembered that I liked it.  Robert Blake is wonderful. The cinematography is beautiful.  The movie, except for the music and the chase scene, hold up well.  Not many films from that time do.  I recommend it.

I got a drink.  Next I watched "An Honest Liar," a 2015 documentary about the magician The Amazing Randi.  It was fascinating.  Randi was a magician who began debunking psychics and faith healers.  In this he was damn near perfect.  The upshot, though, is that people don't want those things debunked.  They'd rather believe in supernatural powers.  Of course.  Again, my strong recommendation.

I decided to watch a film about a fourteen year old Dutch girl who sailed around the world solo to become the youngest person ever to accomplish the feat.  Of course I did.  The film, "Maidentrip," is ostensibly about her sailing voyage, but her true voyage is the two year transformation of a 14 year old girl to a 16 year old young woman.  The transformation for me was startling.

Finally, I watched "The Last Safari," a documentary about a photojournalist, Elizabeth Gilbert, who returns to the Rift Valley of Kenya with the book of photos she took of the various tribes of the region a decade earlier.  She wanted to make a documentary about sharing the images.  What she finds, however, is not the Land of the Lost but a Land Transformed.  Nobody wants to live the traditional warrior's life any longer.  They want modern conveniences, and most of all, money.  She realizes that she has probably romanticized them in her photographs, and rather than a journey into the past she has taken a journey into reality.  The Africa we want from old documentaries is long gone, and it seems that Africans are glad.

I haven't sat in front of the television for an entire day since I was sixteen, I'd guess.  But somehow, it seems satisfying.  It has been raining all week here.  The ground is sodden.  More rain today.  I feel sorry for the feral cat, but she seems to be fine.  Tornadoes touched down near me last night.  I kept getting emergency alerts on my phone.  The tropical season seems in full force here now.  Full moons and tornadoes, pandemic and riots.