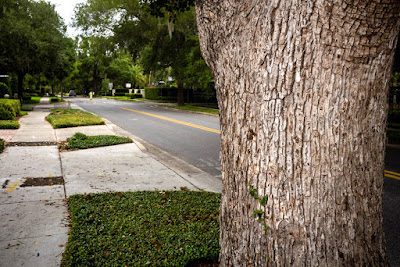 My mother called to tell me her dryer quit working.  She's had it for over twenty years.  I told her I would bring her clothes to my house to dry them, but she said she had hung them and they would dry fine.  She was going to buy a new dryer.  I said I'd see if we could do it online.  I did some shopping, but it was difficult.  She wanted a cheap dryer, she said.  She didn't need a lot of functions, just something simple.  When I got to her house, we called a place where we've bought appliances before.  The cheapest, simplest dryer plus delivery was going to be a little over $500.  She looked at me.  I said tell them thank you, you'll call them back.  Then I said, "Maybe I can fix it."  This broke my mother up.  I am not a handyman.  I'm not even a handy boy.  My friends never allow me around power tools.  Oh, I helped reconstruct my entire apartment after it was destroyed by Hurricane Charlie, but I was the dumb laborer who did what he was told to do.  When I built my deck, my buddy did all the cutting.

I don't like doing shit like that.  I have never enjoyed it.  But now, without a working income, I am dollar conscious.  My mother's dryer heated, but the drum wouldn't turn.

"It must be the belt," I said.  I pulled up a YouTube video on how to fix it.  It looked simple enough.  "Do you want me to try?"  This broke my mother up once again.  "What the hell," I said, what's the worst thing that can happen?  If I can't do it, you were going to buy a new one anyway."

So I did what the video said.  I removed two screws, used a putty knife to wedge under the dryer top and popped it up.

"Did you unplug the dryer?" my mother asked.

After I unplugged it, I disconnected the two wires that needed to be disconnected.  Next, I needed to undo two nuts.  It required a tool she didn't have.  I have only the basic players, screwdrivers, hammers, etc.  I told her I would go to the hardware store and get a 1/4" nut extractor or whatever it was called.  I called the Whirpool number after I found the model number of the dryer under the front panel.  After being on hold for half an hour, I hung up.

"When I get home, I'll go online and see if I can find the part."

When you are a dolt about such things, this is where it gets tricky.  The dryer is old, so finding the right belt was a challenge.  I'm not a good parts guy, but after a long search, I thought I had it.  I looked a bit more, then thought I didn't.  The belt is cheap, though, $10 at most.  Finally, I think, I found the right belt, not the one I almost ordered.  That one was 90 inches long and a quarter inch wide.  The one I think is the right one is 92 inches.  I would have spent hours trying to figure out how to get the shorter belt on.  It would have been typical.  I can see myself, knuckles bleeding, as I kept trying to stretch the belt to go around the clutch.  Eventually, one of the parts would have snapped off and I would tell my mother to buy a new one.

She is still wide-eyed at the idea of me fixing it, though.  I ordered a belt on Amazon and it will be here today.  I will go down and get the nut extractor in a little bit.  If I can fix it, I will save my mother some money.  More likely, we both think, I will put it on and it still won't work.  We both hope I don't do anything to catch the house on fire.

I have always looked at house repair people and thought, "I'm smart.  I should be able to do that."  I know people who change out their own water heaters.  It takes most of a Saturday to do it by the time they go pick one up and bring it home, drain the tank, unhook it, get it out of the house, put in the new one and hook up the plumbing and the electric.

The main problem for me is that I don't want to spend my Saturday doing that.  But now, jobless, what else do I have to do?

I'll let you know about the dryer.  It seems simple enough.
Posted by cafe selavy at 8:56 AM