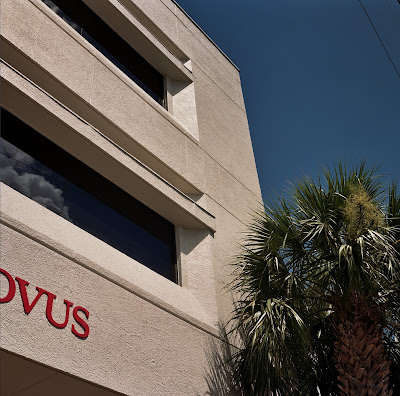 I partied with my mother last night until after sunset.  We sat in the driveway and drank beer until nine.  Well. . . she drank beer.  I had scotch.  It was a regular Saturday night fiesta.  I go over every day, so sometimes the conversation drags, but last night was pretty lively.

That's life in The Time of Corona.

When I was leaving, I asked her what she was looking forward to on Sunday.  She couldn't think of anything.  I said it was important to have something to look forward to.  I told her, I said (he-he) that I was looking forward to the morning's first cup of coffee and reading the news, and after that of heating up a croissant, then later walking with my camera. . . .  Small things, I said.  You have to find little pleasures for yourself.

This morning I wake up with none of the joie de vivre I expounded last night.  Maybe it was the scotch.

Many mornings I am silly, if not goofy.  I've given up reading news stories on CNN and the N.Y. Times websites.  I usually just read the story's tag line.  I find that by and large, that is all there is to the story.  Half of what they write is a recap of what one already knows, and a quarter of it is filler and non-sequiturs.  I often clip the tag line and send it off to people with ironic or absurd comments.  Most often I send them to Q and to C.C.  I can say things to them that they won't pounce on, veins popping, teeth bared.  But sometimes I make a mistake and send them to others who like to go along for awhile until they see a chance to whack me with some mistaken moral superiority.  Suddenly, they are shocked or outraged by my callousness or what they may perceive as my misunderstanding of things, and they are bound to set me straight like an errant boy.

They are the sort who will sucker punch you in the balls.

They used to call that "giving the high hat," I think.  In certain high tones, they will lecture me as if we are having our discussion in an academic journal.  They pretend they've been called by CNN to offer scholarly witness to an event.  I can feel the righteous head shaking as they deliver their lecture in pious tones.

Uh, dude.  It was a joke and you ain't no Harvard professor.  At best, we're playing in the little leagues.

All of that to say. . . you should know C.C.  We worked at the factory together for years.  He is one of the smartest fellows I know.  He has gotten me in lots of trouble over the years, but you know, sometimes you just have to do the wrong thing.  When he knows more than I do about something, he lets me know, but he never high hats me.  He erudite and has deep scholarship in some areas, but he usually ends with, "But what the fuck do I know?"  It is an endearing quality.

I do try to edit my remarks for my audience, by and large.  But as I began, I am a little off this morning.  There is less to me than there seems.

I told one of my long time pals to watch "Peter Gunn" and sent him some of the music from the show that I have posted here.  Yesterday, he sent me this.


"Why d'ya gotta always give me the high hat?" I wrote back.

I like it, though.  I should send him back a song from a group I knew who were fairly "famous" for a small group of miscreants for using that tune.  All that remains is a crummy club recording.  It doesn't do justice.


I've been waiting for half an hour for the video to render.  I'll come back and edit it in later today if it is successful.