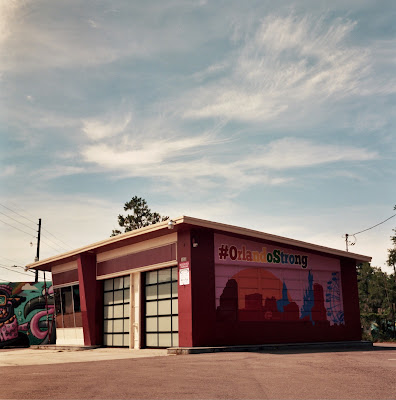 Pride month is winding down as we come upon the anniversary of Stonewall.  For certain reasons which will remain a secret on this blog right now, I've been looking back at photos I took in college.  I sent some to my old college roommate.  He and his wife laughed at my knee socks and short shorts.

What?  I sent the picture to Q.  He FaceTimed me right away.

"I've always told you you were gay."

I have to laugh.  I met a guy through my dead ex-friend Brando once who was getting married for like the tenth time.

"If this one doesn't work out," he said, "I'm going to try guys, and if I like it, I'm going to kill myself for not having done that from the start!"

I don't mean to sound like one of those lying liberals, but I DO have many gay friends.  No prejudice, but I've never been attracted to one.  But with all the photos I've taken of women, I might be better served telling people I am.  I don't think I'd get the same criticisms.

The photo is one I took last Sunday with the Rollieflex.  That camera and the Portra film are a pip.  I want to go out and shoot some more with it.

I've stayed up late for two nights in a row now.  Drinking, too.  Last night I went to my neighbor's house for a little b-day party for my travel/art friend.  I am afraid of Covid, of course, but it was fun to get to talk to someone other than my daily trips to mom's.  The party finished up early, but I came home and poured some scotch and texted and FaceTimed and stayed up past my bedtime again.  Fortunately, I slept until 7:30, so other than losing the morning, I should be o.k.

We are learning more about Covid.  The more symptoms they find, the more I have.  I am like a first year medical student in that.  The issue impacting me most now, though, is travel.  I am free.  I can do whatever I wish.  Except go anywhere.  Except get close to people.

Staying up late may be a version of "Travel, the Home Version. "  Could be.

I was going to post the photo here.  I've been trying for minutes.  Google keeps telling me it is not a photo file even though it is.  I've tried resaving it, but it won't work.  I'm taking this as a message from God.  The photo won't get posted here today.  It is probably better that way.
Posted by cafe selavy at 9:46 AM