Is Tulsa Safe During the Summer Solstice? 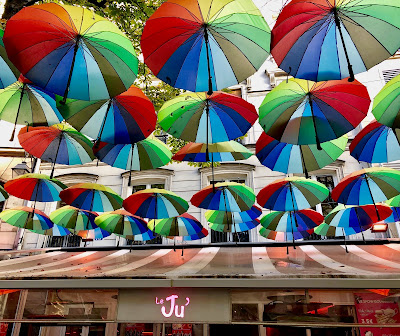 Juneteenth is over.  Now it's Trump's turn.  Have any of you ever been to Tulsa?  I Googled "Tulsa" to do some internet traveling.  Here is what I found.

Is Tulsa Oklahoma a good place to live?

Tulsa is in Tulsa County and is one of the best places to live in Oklahoma. Living in Tulsa offers residents a dense suburban feel and most residents own their homes. In Tulsa there are a lot of bars, restaurants, and parks. ... The public schools in Tulsa are above average.


Tulsa Warnings and Dangers. Tulsa is pretty safe for a mid-sized city, though its crime rate is higher than the national average. It is generally safe to travel anywhere in the city during the day, but at night there are a few areas where you should be on the alert. You can find a crime map here.

What part of Tulsa is bad?

North Tulsa is the most dangerous part of Oklahoma. However the rest of the city is pretty safe with the exception of a few neighborhoods.

Tulsa's north side originally referred to the area north of the Frisco Railroad tracks up to the northern city limits. It was annexed by the city of Tulsa in 1904.[14] The north side is home to a large percentage of Tulsa's African-American community in addition to working-class Tulsans of other races and ethnicities.

I'm guessing that is not where the Trump rally is going to be held.  We'll see what happens, if they decide to play Cowboys and Negroes in Oklahoma's second largest city.

Me?  Oh-ho, I'm not going anywhere.  I live in the Party State, the state of Eternal Spring Break.  Everything is open.  Our Governor says that the increase in the Coronavirus here is a good thing because it is mostly young people who will not end up in the hospital.  Now there's some thinking.  That's why he's in charge and I'm sitting around the house alone wondering why my voice doesn't work.  I thought I was unconventional, but this fellow is off the chain.

I wish that I were young again (and held her in my arms) (quiz--who said this, almost?).  I would participate in the Fertility Rites of the Summer Solstice.  That's right!  Today is the longest day of the year and the first day of summer.  You should be naked and chasing or being chased by someone through the woods, down valleys and over the hills, flowers braided in your hair.  It doesn't matter if you are black, brown, Asian, or white, whether you are a boy or a girl or trans, whether you are straight or LGBTQ.  Today's the day.  The time is now.

Remember, young people. . . you won't end up in the hospital.

I expect an ardent, vivacious report from Q tomorrow about his lusty adventures with the mythical Raquel.

Try to get THAT image out of your head.

O.K.  Summer's calling and I am compelled to respond.  Let us see what summer brings.