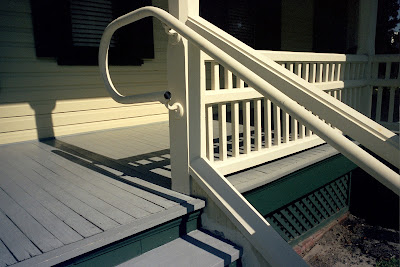 Of course, the opposite argument can be made.  In any idea, you must first identify the assumption, then reverse it and begin again.  Hence:
Judging the police force by its most violent cops and not judging a movement by its most violent members is the language of the ideologue.
I should use a more vicious term than "ideologue" as it is not equivalent to "oppressor," I think.
My buddy C.C. says that while he objects to the polarities, he hates the middle more.
"The people in the middle remind me of hall monitors and junior student council vice presidents."
"But C.C.," I kid, "Let's be fair.  I can see both sides of the argument.  They each bring up good points."
There is the arrogance of the equivocator.  Or, perhaps, the position of the marriage counselor.
But of course, we need mediators.  There must be compromise.  Only poets, artists, and madmen are exempt.
I shot some color film the other day.  I like the results.  The colors are subtle with the Portra 400, soft and understated.  It is expensive, but I am going to shoot more.  The picture above is just a low res lab scan that I got back with the film.  Nothing special is done or added.  I think it is lovely just the way it is.
Yesterday, I was informed late last night, was Bloomsday, not a day for being sober.  My buddy who informed me is the same one I mentioned who thought he should quit drinking for a while.  Two retired teetotalers looking to an early bed.
I guess its just the natural order of things.
Posted by cafe selavy at 7:29 AM