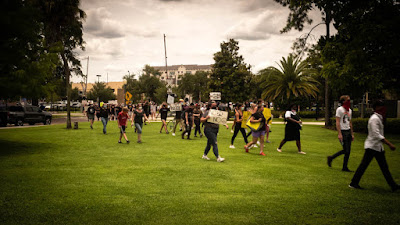 Today on my walk, I came upon the White Riot in my own hometown.  It was a Black Lives Matter protest, but it was almost completely white.  I don't mind that they were doing it, of course.  Kudos.  But it is soooo my town. 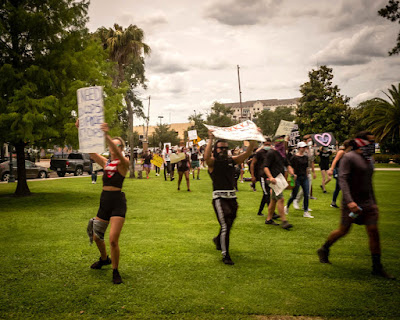 As I've said, I always carry a camera on my walks, now, and today I was glad I did.  I was excited to photograph people, but I was also afraid to get too close.  I wished I had a longer lens, but I had a street photographer's 35mm, so if I wanted to get dramatic shots, I'd have to move into the crowd. 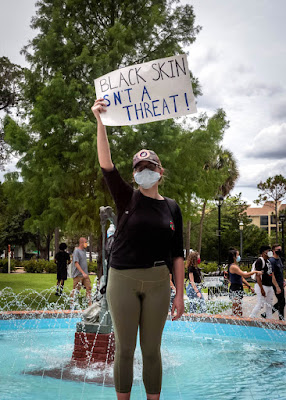 I didn't want to get that close.  I wasn't wearing a mask, and I can't afford to try my luck with the virus if I can help it.  So I played around the edges and shot what I could. 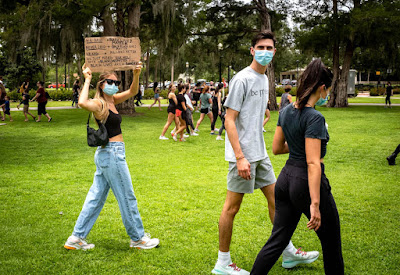 After they got to the Boulevard, things began to get out of hand.  Some of the white kids started breaking windows and they looted the Lilly Pulitzer store.  The police were able to stop them before they got to Williams and Sonoma.

I looked far and wide, and finally I found someone who would qualify as a minority. 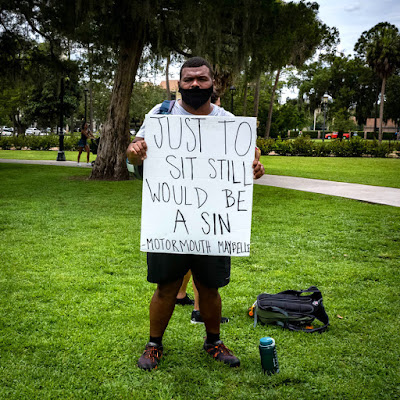 I have to love the kids, though.  Peace and love children.  They don't have to do this, but they did.