August Sander, Vegetables, and a Michelada 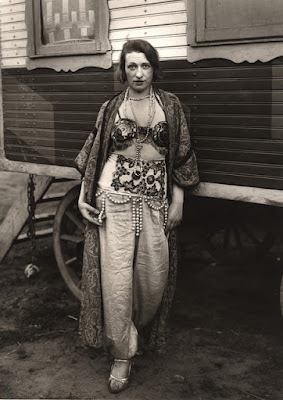 I got a "new" photography book that is so big, so large, I haven't been able to look at all the photographs in it after two days and nights.  It is a real knockout.

I'll try to be brief about his bio.  German.  Born 1976.  Worked as a miner before taking up photography.  Bought a big view camera in 1892.  Took it on his bicycle around the country photographing people using heavy glass plate negatives.  Got a studio in 1904.  In 1929 published "Face of Our Time."  In 1933, Nazis come to power and destroy all the plates from which the book was made.  They didn't like the heterogeneity of the people there.  Sander continued to work producing thousands of images.  And here, I quote: "

Sander's goal was, in effect, to hold a photographic mirror up to German society by producing a comprehensive pictorial document of its people which would eventually be sub-divided into seven main categories (each with sub-divisions of their own): 'The Farmer', 'The Skilled Tradesman', 'The Woman', 'Classes and Professions', 'The Artists', 'The City' and 'The Last People'. Sander's project formed a sociological mosaic of inter-war Germany revealing, in equal measure, newfound freedoms, economic anxieties and social and political agitation. By photographing the citizens of the Weimar Republic - from the artistic bohemian elite, to the Nazis and those they persecuted - Sander's photographs tell of a conflicted cultural landscape: a country characterized by explosions of new creativity, hyperinflation, and political disquiet." 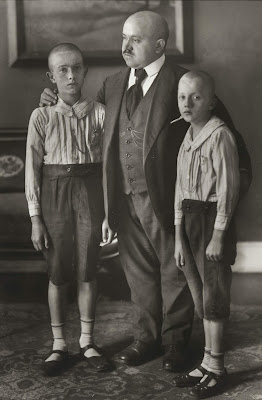 The photographs are obsessive and gorgeous.  I had thought there were few left after the Nazis destroyed his work, but I was mistaken.  And this book is evidence of what has to be the most important bodies of photographic work ever created.  Everything that comes after has Sander in it in some way. 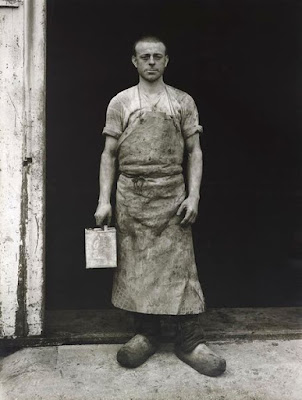 It is impossible to be inclusive here, but looking through the book is like watching social evolution in time lapse.  His titles include descriptions such as "working class," "middle class," "professional," "artist."  And you can struggle against it, but he either recorded or produced "types."  The characteristics of each is obvious.  You will fear looking in the mirror after spending an hour with the book. 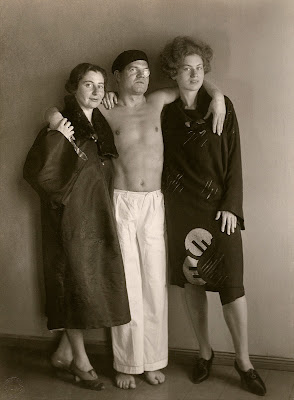 Q and I were at the Met one year to see a big Richard Avedon exhibit of his trip through America photographing with an 8x10 view camera.  It is obvious to me now what he was doing.  Q and I fixated on a particular title--"Drifter." 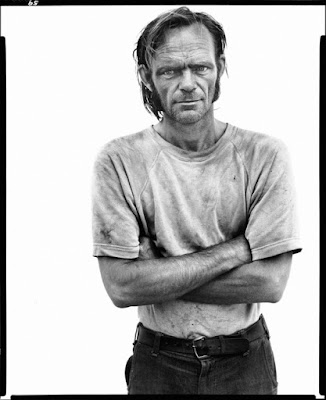 I don't think either of us linked this to Sander at the time.

Nor had I realized acutely the connection between Sander and a book I've owned for many years, Irving Penn's fabulous "Small Trades." 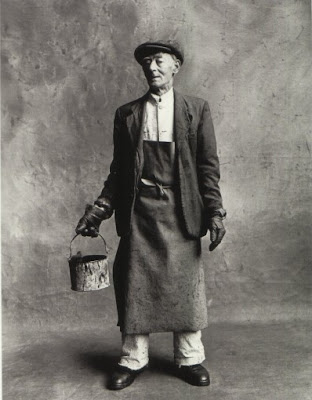 While both Avedon's and Penn's photographs are wonderful, Sander was the progenitor whose project spanned most of his life.  The quality of the images considering the technical difficulties he worked with suggests something mystical, some supernatural alchemy. 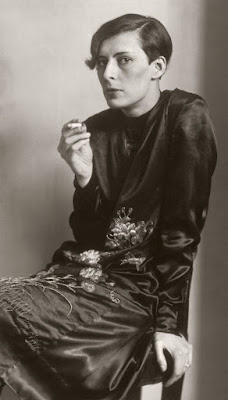 Of course, I want to ape it.  I began researching everything I could find about Sander's equipment and chemistry.  He used a developer called Pyro.  The chemicals in it can kill you quickly if you inhale them, but they and it are still available.  Proponents of Pyro say that no other developer can yield the beauty it provides.  I will order some today.  I looked up the lenses he was using.  I can get them, but they are expensive, often very.  I have some old lenses I will try first on my large viewfinder cameras.

But I have other ideas, too.  This is just a start.  I am imagining inventing a color process that will yield spectacular results.

Still, it is good to get excited about something.

Last night Q FaceTimed me (Jesus, that sounds awful) so he could drink beer and play his guitar.  I asked him if he ever drank beer and tomato juice.  Sure, he said, and he called it a Michelada.  He gets them all the time when he is out, he said.  I had never had one, so I quickly looked up the recipe and had enough of the ingredients to make one.  Sure as shittin', it was good.  And that is what I drank for the rest of the evening, eschewing my usual scotch. I think I may have found something that can keep me from drinking so very much whiskey.  And there are many other beer drinks that I have never tried, all with healthy ingredients.

There are other changes I might be making, too.  I have always ingested large amounts of protein.  It comes from years of working out in a steroid gym.  Hundreds of grams per day.  Now, I've cut out red meat for the most part, having it usually once a week, but I still have fish, chicken, or pork with every meal.  Except this week.  I had two meatless days.  I did yesterday.  I have bought some veggie burgers that are might tasty, and some veggie chicken, too.  I used to eat this stuff long ago, Loma Linda products, but it wasn't in lieu of meat, just as an adjutant.  But I am finding that at my age, my gut feels better after a non-meat meal.  We all know the Mediterranean Diet contains much less animal flesh and uses it mostly for flavoring.  And we know that people who eat this way live longer.

This morning, after a vegetarian dinner and Micheladas instead of whiskey, I felt different.  I think it might be better, but it is at least different.  Who knows?  I might lose my steak and scotch persona.  WTF?  Next thing you know I'll be sitting down to pee.

Okey dokey.  It's time to move.  I took half a nerve pill last night and slept ten hours.  Now it is time to shake the cobwebs and see what this day has to offer.  Until then. . . .
Posted by cafe selavy at 9:44 AM