The Cult of Science 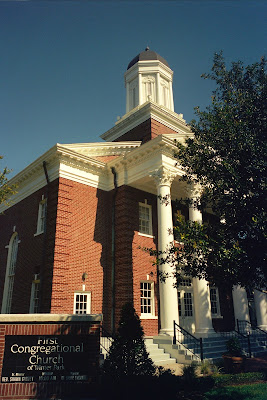 My mother and I were talking about something the other day.  I forget what, but her position on things is usually gleaned from watching Fox News.  All I remember about the conversation was her asking me, "What is science, anyway?" in a confrontational tone.

"It is a cult," I told her, "a very dangerous cult that has creeped into the public's mind and spread like a coronavirus.  Now all you hear in arguments is, 'Scientific research shows. . . .'  It is maddening.  It is a national disaster.  Once something like this takes hold, though, it is nearly impossible to stop."

That seemed to satisfy her.

Her question may seem ludicrous to some, but I have been told by well-educated people that there is little difference between science and religion.  You believe in one or you believe in the other.

Now let me tell you what I actually said to my mother.  I told her that "science is a way of thinking about things.  It is a matter of making observations and collecting data and then making a hypothesis from them.  Then you begin to try to replicate the experience in a controlled environment where the variables are restricted.  If you are able to repeat the results, the hypothesis gets stronger.  And when others are able to perform the experiment and the results are consistent, then you draw a conclusion. "

Well, you can imagine.  She just looked at me blankly.  So I tried again.  I waved my hands in the air in an all-encompasing way.

"See all this?  See the houses with the wires running into them?  See the cars?  Imagine the microwaves, the t.v.s, the computers.  All of that was the result of science.  All of it!  Not one of those things just emerged through belief.  Science.  It is all science."

That seemed to shake her up a bit.

Now, to my educated friend, actually an attorney who is paid to argue, I said, "Alright, for those not savvy in a field, there is an element of faith, I get that.  If you are not educated as a nuclear physicist, you just have to believe that they are doing their job correctly and that the scientific community is holding them to standards.  And there are problems with science.  The main problem today is money. Research is expensive, and some experiments and trials are so expensive that the experiments are not replicated, so we don't really know if we will get the same results the next time and the time after that.  But here is the difference.  Religious belief is never questioned.  I mean you can, but they burn you at the stake.  Take the findings of Copernicus and Galileo, for instance.  But in science, if you show that the thing that was thought to be true before was wrong, you are cheered, not burned.  Scientific truth encompasses change.  Religious truth resists it."

But science is hard, and one day eggs are bad for you and the next they are good for you, and that sort of thing doesn't set well with folks.  So when Trump criticizes Fauci and says he is a nice man but that he has made many mistakes, a certain segment of the population will side with Trump.  The changeability of what is known about Covid-19 and how we should react to it breeds doubt and even contempt in many.

Well. . . you can't argue with that.  I could point out that the argument is based in the scientific method, that it is fact based, but that the conclusion is not sound and is, indeed, unfounded, but I know from experience that such an approach doesn't sway the opinion.  I could add to the argument by pointing out the inconsistencies in the research into the use of chloroquine and make a friend.  I could point out that if we tested everyone for flu during the flu season, more than one in one hundred people would test positive and the death rate would be higher than it is for Covid-19.  That would make my new friend happy, too.

You see, there are obvious limitations to science.  Money is a big one.  But science as a way of observing and thinking. . . now there's a tool that's hard to break.

Still, in the end, I know, we are all just waiting on a miracle.
Posted by cafe selavy at 8:15 AM