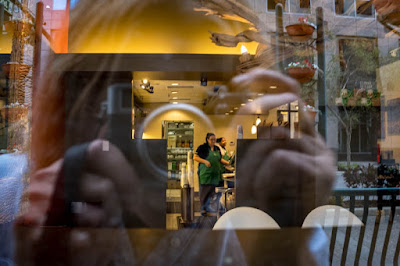 How do you turn a better day into a worse night?  Follow me.  I'll teach you.

I've been suffering lately from a physical malaise that might be part mental but has its deeper roots in my physical being.  I think much about late life things, about those I've admired who are gone.  I have no distractions from this, for I am profoundly alone.  You know your status when most of your fun conversations are with the fellows at the liquor store.  They have a rewards system at the one I most often frequent.  I told the clerk tonight that I didn't really know how to check mine, so he looked it up.

"What does that mean other than I am a drunk?"

He laughed at that.

"You get to select from special editions produced in small batches by certain distilleries and wineries."

"You mean I qualify to spend even more money on liquor?"

"They are really good."

I don't know if I am a "Vault" kind of guy.  I've never really desired to be part of any special clubs.  I'm really just a Man of the People.

But where are my people?

I took a chance today and bought "craft" tacos from a highly touted place.  I got a couple cans of beer to go with it and headed over to my mother's for lunch while the wrecking crew did their business at my house.  I wasn't sure my mother would eat takeout, but she was like Hoover on the tacos.  Good old mom.

But I had run the exercise course earlier, and I had done one extra lap as I try to waylay my malaise.  It was difficult, but I kept telling myself, "This will keep you alive."  And so, after that and a shower and the tacos and beer outside at my mother's in the deep southern tropical heat. . . I was tired.

I came home, had a digestif scotch (or two), and took a nap.  Waking at five is weird.  The sun was shining.  The air was like a crystal chandelier, just sparkling.  What to do?  It was a beautiful Friday.  I wanted something.  I took a scotch to the yard and strolled the property.  It is not a long stroll.  The cats showed up for dinner, so I gave them vittles and decided to smoke a little cheroot to accent my drink.  I sat on the deck and chatted them up, but they were not in a talking mood.  The neighbor's cat walked along the top of the fence for a bit and disappeared.  The fat feral mooned after him.  Me, a scotch, a gorgeous light, and thinking.

I didn't need the thinking, but there was nothing for it.

The girl of my dreams did not appear.  She seems to slip further into the distance, so much so, I can't make her out at all.  She is a ghost.  She is smoke.

We've all been there, a day so beautiful, you cannot live up to it.  A beautiful day can be the worst thing imaginable if you are not prepared.

I was not prepared.

The beautiful day lingers.  I am home from the liquor store and am drinking a Campari and soda trying to slow things down.  The streets are still.  I imagine people in their houses preparing dinner and drinking wine, chatting with husbands or wives, or if they are lucky, lovers.  There may be children, but again, if they are lucky, there are not.  Perhaps people have gone to work somewhere, or maybe it is just the end of a workweek at home.  Still, it is the weekend, and they may decide to make that special cocktail, the one that signifies release.  Perhaps they will be amorous, wildly if they are lovers, enough if they have been together for a very long time.  They sit down to eat and talk about the virus, about politics, about all the places they want to go.  There is a movie that they will watch together later, and then, in the darkness, they will reach for one another with drunken sensuality.  There may be a final scotch afterwards, and perhaps the unconscious, truncated love whispers before they give way to slumber.

I?  Well, there is that British fellow in the dinghy that I can watch while I eat my dinner, then, perhaps, some episodes of "Peter Gunn."  And then, having had one or two too many scotches, I will walk heavy-footed to the bedroom and fall into my bed, praying not to wake before dawn.