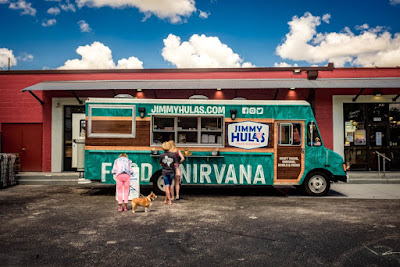 My hippie day didn't get to happen.  My washing machine broke mid-wash.  It started making a terrible noise and would do nothing.  It was on the rinse cycle.  The tub was full.  What to do?  Well, being the handyman that I am, I went online to see what might be the problem.  After looking at a bunch of websites, I called a repair company.  They asked me all sorts of Covid related questions, then said they could come out--Tuesday.  That's a long time for water to stand in the washing machine, so I looked for something with which I could bail it out.  You might think that is not difficult, but the spindle in the middle makes it difficult to put anything very large in the tub.  It took a while to find something thin enough and long enough to get much water in a single dip.  I finally settled on a ceramic wine bottle holder.

It took about twenty minutes to empty the tub.

At which point I thought to experiment.  I plugged the washer back in and reset the cycle.  Holy smokes!  It was working!

Until it filled with water.  Then nothing but the horrible noise.

So I bailed the tub again.  When I got most of the water out, I wrung out the towels and t-shirts and washcloths as best I could and put them in a garbage bag.  But I wasn't done.  I tried another cycle.

I went back to internet research.  I learned all kinds of things.  I now know how to get the diagnostics of the washer.  It is a crazy combination of lights on the front of the washer corresponding to letters and numbers.  You do it twice, get two codes, combine them, and then look at the chart.  It may be correct, but no guarantees.  Oh. . . it is different for each type of washer.

I also learned that I wish I had the kind you don't need to take apart to get to the motor.  I don't know if mine is one or not yet.  If I am lucky, all I will have to do is tip it onto its face.  The motor and belts will be exposed from the bottom.  If not, I may have to remove some panels.  Worst case, I will have to remove the entire casing.

I am convinced that the problem is a belt that turns the drum.  There are two belts, I believe.  They are not expensive.  The repairman gets $90 just for showing up and doing the diagnostic.  Then the money clock begins.  The belt is about $20.

I don't really want to fool with it.  There is the disconnecting of the hoses and the little bit of leakage. I have to make sure I get all of the water out of the tub, which I am not sure I can do because this tub has a reservoir where it holds water to stabilize it during the spin cycle.  How much?  I don't know yet.  Then there is the tipping onto a pad so that I can pull it out of the pantry to work on it.  And then, if I am unlucky, I will need to begin to remove the panels.  And then, after all, it might not be a belt.

But I'm betting it is.  Am I willing to bet the time and frustration of trying to fix it myself?

I have yet to decide.

I took my laundry with me to my mother's and rewashed and dried them there.

That is what happened to my hippie day.

When I got home, I watched The Trump Show.  It is not as much fun now.  They have him on meds, apparently, like Kanye West.  They've got him on the chain.  He's learned how to answer press questions so he doesn't get caught in follow-ups.  There is no real show.

Now begins his resurgence in the polls.  Hell, man, he can identify the elephant in the drawing.  What more could you ask for?

After Abe Lincoln, he's done more for black people than any other president.  He said so.

I read today that they have a shortage of beer cans.  There are shortages of everything.

I told my mother yesterday that we should be happy about needing to stay home.  If it weren't for this, we would be depressed because we didn't have anything to do at night, no place to go, no one to see.  We would feel like everyone else was happy and having fun while we stayed at home having none.  Now we have an excuse.  It's not us.  It's the virus.

Therein lies my greatest joy now.  It's a hell of a life.
Posted by cafe selavy at 9:18 AM