The Treasure Chest and The Coming 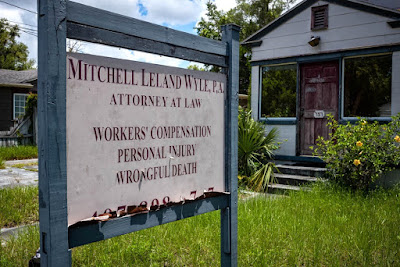 My father's treasure chest arrived yesterday.  The state sent the unclaimed contents of my father's safe deposit box.  It was heavy.  What in the world, I wondered?  When I opened the box, it was full of coins.

My father had been an investor, you see.  The state had labelled all the coins and put them into separate, thick plastic bags based on their types.  "Walking Liberty Half Dollar--1917."  Etc.  There was a stack of 1964 Kennedy half dollars.  Wheat pennies.  many others.

I went to the internet to see what they might be worth.

But my father saw future wealth in those coins.

And that was it for the treasure chest.  No fortune except emotionally.

Pandemic news is terrible, of course.  This fall is predicted to be the worst health care crisis in history with more than just Coronavirus being spread about.  You won't want to go outside if predictions can be believed.  People will be dropping in the streets.  I've been thinking about making preparations.  I may be only one third of the way through this social distancing slash isolation gig, and I am already suffering some mental anguish.

So. . . I've decided to prepare.  What do I need in the coming months?

Food, of course.  If this gets as bad as they say, the grocery stores will be even more empty of goods than it was before.  Cans of things.  Beans.  More cans.

But mostly what I have thought about is. . . going to the beauty parlor.  I've not been for seven months.  I look great and all, but. . . maybe I should go when the numbers dip again.  As I've said, I am beginning to look like Ted Kosinski, the Unabomber.  Parents call their children into the house when I walk up the street now.  I can feel them stare.

"There goes that disheveled man again.  What is he doing?  Why is he here?"

O.K.  It's not like that, but it could be if I don't get beautified soon.  I'll just have to wait for a dip.

Now. . . get ready for the Trump comeback.  We live in America, people.  #NothingMattersVeryLong.  My mother is all for moving the Jackbooted troops into bust up these rioters and looters.  I tell her it is not a good idea, but she says they should send even more.  I tell her I think that most of the destruction of property is being done by Trump supporters trying to make protestors look like thugs, but she's not buying it.  It is a hard sell.  I'm just making that up, but it is as good as a QAnon conspiracy theory and more likely.  But Trump's handlers are beginning to spin their tales and reigning in some of Trump's most atrocious behavior.  It doesn't matter if Trump wishes Ghislaine Maxwell well.  People against her were never going to vote for Trump, anyway.  Besides, if something happens to her in prison like it did her boyfriend, Trump has an alibi.

Those Mary Trump interviews won't help, either.  Her sideways glance before she answers direct questions about Trump make her look like an old movie criminal being questioned by the police.

And then there's Bolton.

O.K.  That's enough of that.  I think I'll have a hippie day of stretching and breathing and yoga, of reading and writing and cooking up old photographs, of drinking herbal teas eating soup and napping.  I have to get centered for the coming months.  I have a feeling things are going to get much, much worse.
Posted by cafe selavy at 8:33 AM