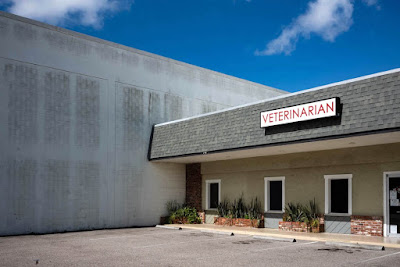 There is a line in Steinbeck's "Chrysanthemums" that says, "It was a time of quiet and waiting."  That is the time I am living now.  That story was set in the Salinas Valley out near where Q lives.  If you have ever been there, you know that quiet.  There is an emptiness to it, a vast space waiting to be filled.  That is how I feel about the photos I've been taking.  They are stage settings without actors.  The audience watches and waits.

As I will today for the washer repairman.  I don't want to try to fix the washer myself.  I've watched about twenty videos and am not sure if my washer has a belt or not, not sure if I must take apart the chassis or not.  I found a new washer like mine online on sale at the same place I bought this one.  I called to have it delivered as it was probably not going to cost much more than the repair will.  It wasn't in stock, I was told.  How long would it take to get one, I asked?  They were out of stock at the manufacturers warehouse, he said.  Production was slowed due to Covid.  Three months, maybe.  Maybe longer.

I have had to wait a week from the time I called for this repair day to arrive.  This may be his "first visit."  It depends on what he finds, on what parts he has or needs.

A time of quiet and waiting.

I said "his" in referring to the repairman.  It may be a repair person, a "they" or a "her."  I still get stuck in the bad old world.  Anyone should be allowed to do whatever they want.  That used to be a mixed construction, using the singular and the plural pronouns to refer to the same subject.  Not any more.  "They" is now an acceptable way to refer to one.

I wish "they" had done that sooner.  Grammar has gotten much easier.  Most of the things that once were considered "wrong" are now referred to as "common usage."

I strained or tore another tendon running on the exercise course yesterday.  This is a strange one on the outer side of my lower left calf.  It felt like something got caught and then clicked just before my foot hit the trail.  The strain was immediate, and because I have had so much practice in hurting myself, I knew not to take another step.  I stopped right away.

Now I cannot walk.  Rather, I should say it is painful to walk.  I can hobble around the house, but walking long distances is not possible at the moment.  This should heal quickly as I did not try to continue running and did not make it worse.  But I will not be out on long strolls making pictures for a few days .

To wit, as I have mentioned, I have not been feeling well of late.  I have had vertigo that won't disappear.  I feel tired all the time and sleep more hours than I should.  I've had some other complications, too, that keep my off my game, so last night, I took an Advil PM before bed.  The instructions say take two, but I take one and it knocks me out.  I slept nine hours last night, and that is after a two hour afternoon nap.  I am still muzzy this morning.

I am a drug wimp.

My car is in disrepair, too.  I hit the brakes the other day and they didn't want to stop the car.  I checked the brake fluid, but that is fine.  It sounds like there is air in the brake lines. I will have to take the car into the shop.  Fine, but how will I get home?  And how will I get back?  I don't want to Uber in a Covid-19 car.  The shop is not so far from my house, really.  I actually would be fine walking the distance, I think, if my leg heals quickly.  And now that I have written the idea, that is what I will probably do.

Probably will do.  That construction is still considered incorrect.  Harrumph.

I got a pretty good yield of photos from my Saturday walk.  Not masterpieces, but nothing to be ashamed about.  I will have to use them here until I am whole again.