Real Jack and Ready to Go 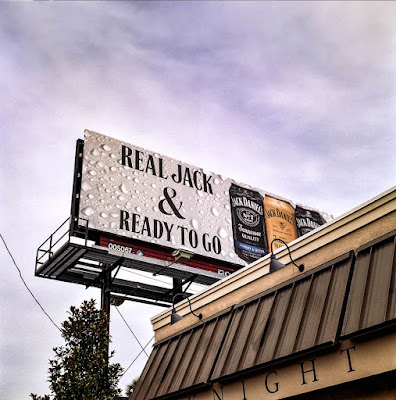 I read a headline today that struck me.  "Happy Birthday, America.  Get Well Soon."

It may take awhile.  November 4th is a long way off, and January 20th even longer.  I can still see a way for Trump to win, but it is a long shot now.  When Americans get BLM fatigue, the numbers are going to change a bit.  LatinX are already having trouble with the movement.  Asians don't care about it.  Kids would rather party than vote.  And as white middle class families watch their savings disappear, they will begin to resent the increased competition for resources.  Look for the #WhatAboutMe movement.  And of course, there is Old Joe himself.  This whole thing could go sideways just like it did last time.

I'm going to make a confession here.  I've never liked Dixie.  I grew up with it, and I have a visceral reaction to it.  That flag, those fellows, they've always turned my stomach.  I've never told anyone this before, but in truth, Dixie has always scared me.  There is little about it that isn't violent.  Even in its most peaceful moments, violence writhes just beneath its skin.  And the Dixie Drawl is only attractive in women.  In men, it sounds either stupid or vicious.  O.K. That is cheap and wrong.  But still, that flag incites the gag reflex in me.

And that is after a lifetime of living in the Sunny South.

And so goodbye Mississippi flag, and goodbye Rebel monuments.  It's time to join the Union.

But you know, that will play in Trump's favor, too.

The morning is sunny with a promise of afternoon storms.  I went out yesterday and made some photos.  I need to do the same today.  The afternoon storms are welcomed here as they cool the air and make life more bearable, but they are not much good for photography.  And in truth, right now, what else have I?

Just Real Jack and Ready to Go.
Posted by cafe selavy at 8:50 AM