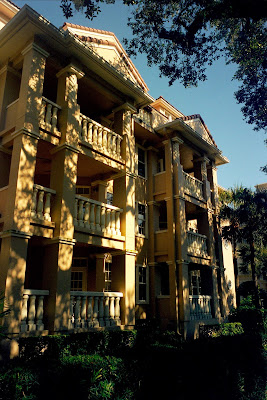 It is early afternoon and I am having a Boca burger and a beer.  I've decided I will eschew all physical activity for the day.  Well, it was kind of decided for me.  I took half of a muscle relaxer last night and have been back to bed twice already.  I did manage, however, to make photographs of my Hasselblad Xpan camera and two lenses and get them posted on eBay.  That took about an hour.  By the time I felt even slightly more rigid than overcooked spaghetti, the heat index was 103℉.  I, in my infinite wisdom, decided to choose valor over death.  No heat stroke for old C.S.  Uh-Uh, not me.  A healthy beer instead.

I may have mentioned that I found that I had unclaimed property being held by the sate.  An attorney sent me a letter letting me know this and said he could get it for me for a 10% fee.  I had an in-house attorney at the time, and she helped me look it up.  Sure as shittin', that old boy was right.  So I filled out the paperwork and left it on my desk, and then my in-house counsel flew the coop and I forgot all about it until after retirement.  Then money took on a new meaning for me, and I looked for the paperwork and sent it in.  The check, as they say, is in the mail.

Yesterday I got a call from the state.  I don't answer unknown callers, but this one left a message, so I called back.  The nice lady in the state's capital informed me that they had the contents of a safe deposit box that was mine.  When my father died in 1980, he had two boxes at two different banks.  I got the contents out of one.  There were stacks of savings bonds.  I had to spend hours signing them all.  To reward myself, I bought a sailboat!

The other. . . well, I kind of forgot about it and I seemed to have lost the key and never paid the rental dues and one day I got a letter saying they had opened the box and I don't remember what else.  Oh, well.  I wrote it off.

Forty years later, the state is sending me the contents.  Holy smokes!  This wasn't even listed on the unclaimed properties site. I feel like we are opening Capone's vault.  They are mailing the contents out to me tomorrow.

Today,  I got a letter from another attorney saying that the state has money they are holding from the Bank of America, and that he will get it for me.  I've done my research and found all I am going to find, so when I have the check and the contents of the box, I will tell him, "Sure, pal, get me more."  Maybe there is something else that I have missed.

I did one other thing today.  I fixed a mounting plate problem on my Liberator.  Suddenly, I am feeling a great sense of accomplishment.

Now the burger is gone and the beer has been drunk, and I think it is time to avail myself of a nap.  A nap needs utilizing.