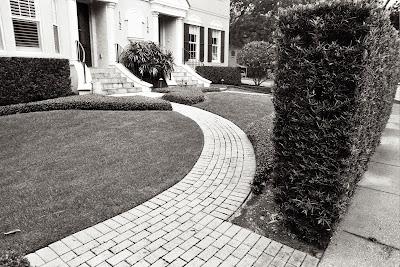 Yesterday morning started out poorly, I think.  After I had read the news and written my blog post, I did what I often do and texted articles or headlines or silly things to friends.  As I have said in a previous post, there are only a couple people to whom I can send anything and everything without being judged.  I don't expect people to feel the need to read it all.  I send a lot.  But, you know, being isolated in the time of Covid, I look for something akin to communication outside my four walls.  I should say here that I don't read everything people send me, either.  One can't if one has friends like mine.  But I've become an expert skimmer.

I sent a few political things to a married couple from the factory.  Sometimes, they do not respond to things I've sent for days and often not at all.  I might not hear from them for a long while, which is fine, but then they reach out to see if I am alright.  So then the cycle begins again.  But after sending three articles yesterday, I got this from the wife:

"We do not live on our phones and are better for it."

Pow!  Right in the old kisser.  I almost responded.  I wanted to be pointedly witty.  I wanted to trump that with sarcastic humor.  I was going to ask if they had put out the "No Trespassing" sign on their front lawn.  Then I thought to tone it down and simply say, "Good to know."

But what victory would I have gained?  None, of course.  So I channeled my inner Norm Macdonald and let it go without comment.  I just grinned and said "Ahh" with a simple bobbing of the head.

But the day turned bright.  I took a walk to relieve myself of my deeper isolation, to revive my sense of self and renew my simple soul.  I took my camera with me.  "Who knows," I thought, "what wonders I might run across today?"

And sure as shooting. . . shapes and patterns seemed clear to me.  I've walked these paths thousands of times before, but every day is a new perception.  Well, o.k., not every day.  But some days, when you are receptive.  Once in awhile.  Rarely.  But yesterday, I made some satisfying pictures, I think.

On my way home, I sauntered down the old Boulevard.  It is usually pretty empty in the morning, but I heard someone call out my name.  It was the fellow who owns the local camera repair shop.  I walked over to say hi, but also to tell him I was thinking of selling one of my rare cameras, the Xpan. We chatted for a long while, he telling me about what new things he had going on at the shop, me telling of my recent non-adventures.  It was pleasant as I rarely speak to anyone outside the house any more.

When I got back to the house, my climbing buddy in Yosemite called.  We don't talk often.  Rarely, actually.  But he was driving and was a bit of a Chatty Kathy (sorry for the sexist reference--maybe), and we were on the phone for an hour.  Right after that, I called the fellow who made my Liberator camera to work through a problem I was having with the camera.  He told me of a simple solution, and the conversation become social and long.

The camera repair guy had suggested I bring my camera by his shop that afternoon, so I called him and set up a time.  Before that, I went the the camera store to buy some film for the now repaired Liberator and talked with the crew there a bit.  When I got to the repair shop, I was greeted outside at the tables he had set up for social distancing.  He looked at my camera without naming a price, then began bringing out new things to show me that he would trade for it.  Some of it was tempting.  While we were kibitzing, a young female photographer from the camera store showed up. She was fascinated with the Liberator as are almost all photographers who see it, and she joined in the reindeer games.  A young female!  I had not spoken to one of these in an informal manner in almost six months!  I'd forgotten how lovely such voices are, how happy they can make you, even through the masks.  There were still eyes.  They eyes are truth and beauty.  For a moment, I remembered what those things were again.

Afterwards, of course, there was mother's.

I'm surprised not to have a rough throat this morning.  I hadn't spoken that much in a day since corona began.  Nor had I been listened to.  The tank of human kindness hadn't been filled, having been so drained for so long, but there were miles in the reserve now, as they say.

The day got turned around.

This morning I will work with my Liberator camera.  It is a laborious thing to work with, but I must.  While the physical problem has been solved, there are technical things I must work through.  I am shooting with film holders that may be loaded with film or may not.  Those with film may have been previously exposed.  Or not.  But I must shoot through the lot so I can begin again.  I have a large processor now that will develop twelve large 4x5 negatives at a time.  I've never used it.  It may frustrate me and aggravate me.  I don't know.  But I've committed to the process with money.  I've ordered a bunch of chemicals that will be arriving soon.  Not that money has ever really been much of a commitment for me, but as a retired guy, I feel more economic responsibility.

Well. . . that was the long way of telling it.  I could have simply said that I had a nice day, but sometimes I just have to journal (vb.).

It is hot here, kids, with heat that can kill you if you are old and not careful.  The brutality of summers here is forgotten until the next one arrives.  And it is only beginning.  Soon, the misery will seem interminable.  Without an ocean or a pool, all that is left is cold drinks with friends.