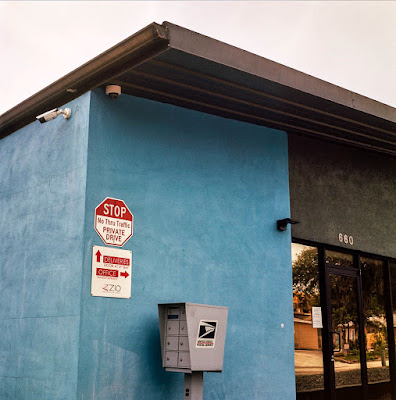 I don't want to write today.  I wasn't going to post.  I am uncommunicative at present.  I just want to figure things out on my own without distraction.  But the days are long and the nights longer and one must fill the hours.  I filled them yesterday with nonstop action.  I exercised and meditated and hauled granite and spread it in the driveways, showered, lunched, then, due to my lack of sleep and perhaps some Covid hangover, I sat down on the couch and just passed out for hours.  I don't know that I ever woke up.  Last night, I took a nerve pill and had no nightmares.  I plan on total activity again today.

So I didn't want to sit here and reflect on anything.  I do not wish to think, analyze, ponder.  I want to float out of the big, black hole.  But I have a routine, so I made the coffee and read the paper, and even though I skipped most of the disturbing stories. . . am I the only person in America who doesn't give two shits about watching "Hamilton"?  There is nothing that could force me into viewing it.  I haven't said this out loud to anyone since I am certain I will be taken as a racist or maybe even anti-gay.  I don't know if "Hamilton" is in any way connected to the gay community but to say all the gay guys I know love it.  But I can't stand musicals.  I can't.  I can't watch any of them except "The Wizard of Oz."  Why the exception?  Beats me.  But "Oklahoma" and "The Sound of Music" put the fear of music in me.  As a young man, when you were supposed to like rock operas like "Jesus Christ, Superstar" and "Tommy," I couldn't.  And oh, Jesus, plays like "Cats" and the one about the electric colored super coat or whatever it was. . . well, fuck me if I'll go.  I once got roped into giving a presentation to the very prestigious opera guild here in my own hometown, which was fine, but then I found I was expected to go to the fucking opera.  It felt like bugs were crawling all over me for however many days and nights that thing lasted.

So no, it is not a racial thing.  But even without seeing it, I have a strong hunch and would wager that the content of it is pablum.  The way people gush about it, it has to be.

When I read this morning how wonderful it was that "Hamilton" had come to television and that all of America was tweeting the whole show through, I knew I would have to come here to rant and confess.

Even those Gilbert and Sullivan "Monty Python" skits irritated me, though I must say I saw "Topsy Turvey," a movie about their relationship, and thought it wonderful.  I guess I can watch a movie about a musical as long as it is not a musical.  Perhaps.

These are strange and terrible days.  The Times is reporting that minorities are getting Covid more often than. . . what do they say, others?  They provide data to support that.  I believe the data.  They don't, however, provide evidence as to why.  They play hunches.  You can't do that.  You can't speculate based on your emotions.  I mean you can, but it is unsubstantiated bullshit at that point.  Mixing science with social speculation is bad ju-ju.  But that is what happens when you want to promote an agenda.

Such is the case with Covid demonstrations.  As you know, I've been saying you can't condemn one demonstration for spreading the virus because it is pro-Trump and not condemn another because you favor the cause.  Today, the Times admitted that might be the case, but only in a tepid fashion, and they lean to the side of "just" causes over "unjust" causes (link).  That is to say, they admit the moral dilemma but still fall on the side of a certain agenda.  Those other people are still deplorable.

Again, of course, they take their cues from this blog.

I have a morning of fair weather before the afternoon storms roll around.  Afternoon storms are good.  Without them, we bake.  With them. . . well, I took dinner over to my mother's house yesterday and we ate outside.  It was a very comfortable 75 degrees.  Those cooling rains are welcomed.  But I have to try to get some more granite to put down today.  I can only haul so much at a time in the back of my Xterra, and the granite has been in short supply.  I go every day to see if they have gotten any in.  I left some yesterday.  I'm hoping it is still there when I go back this morning.  And I have stretching/breathing/yoga to do and a very long walk.  I hope to tire myself out again today.  And not to think such terrible, debilitating thoughts.

I'll admit I did watch another disturbing documentary last night.  "Lot Lizards."  It was about prostitution in the big truck stops.  Wow.  That is all I can say.  I had no idea these places even existed.  We pretend to know life, but there is another world just on the other side of the fence that most of us hope to never see.  It is, however, out there.  And they are out there.  And I promise, you don't need fantasy and science fiction to scare you.  Vampires and aliens are romantic visions compared to what is truly just beyond your front door.
Posted by cafe selavy at 8:12 AM