I Guess I'm Not All Here Yet 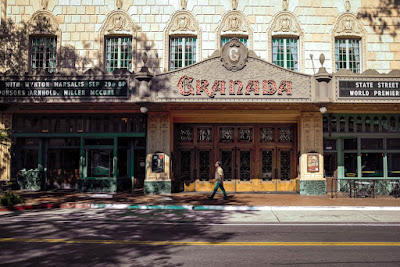 Holy smokes--I slept forever.  I've been very incremental and didn't drink much again last night.  I was just shy of "enough."  Then I nibbled on a brownie before bed.  I couldn't get up until the sun had been up for a good, long while.

That shortens my day, but I still must do "incrementally" more and better than I did yesterday.  I've been staying busier.  Still, I rarely know what day of the week it is.  That seems to have little consequence.

I'm going to stay away from reportage here today, at least on the world at large.  Disasters and tragedies abound, all the result of human depravity.  Yes, even the hurricane.  We've done the damage, now we harvest the rewards.  Especially if you are not rich.

More and more, I wish I had majored in money.  What would I do with Jeff Bezos' fortune?  How long would it take me to spend 300 billion dollars?  I think I could do that quicker than most.

So why does he always look like he's holding back a turd?  I'd look like Hank Moody all the time.  I'd be someone you'd want to hang out with.  I'd buy the drinks.

But I didn't major in money.  First I majored in emotions, then in socialism, then in environmentalism.  I majored, too, in fractured love.  But I never, ever, thought about money except on what I had to do to pay the rent.

Did I have more fun than Bezos?  Maybe we can compare notes next time I see him.

I've decided that I am going to start using more plastic.  It is convenient, and I am giving up on the future generations.  The greedy little fucks don't care about others.  They just want to party.  CNN would have you think they are Woke, but they carry semi-automatics around in the streets.  Some of them.  The others bring a skateboard to a gunfight.

I am being too harsh, though.  It is not their fault.  It is their parents, of course, and CNN and/or Fox. They give voice.  If you watch MSNBC, you realize that most Americans are Black of a sudden.  If you watch Fox, all Blacks are thugs, gangstas, and corner boys.  One defends white rage, the other is appalled by it.  But look at this! 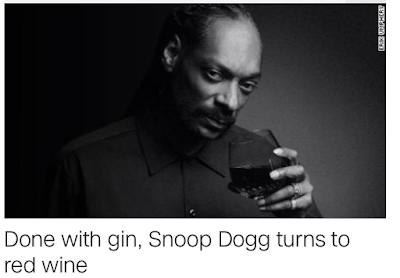 This is what happens when people get older.  They turn to the classics.  Next, Snoop will be recording Sinatra songs.

God loves the French.  I think maybe Snoop does, too.
Posted by cafe selavy at 9:10 AM