Self Defense, Manslaughter, and Murder 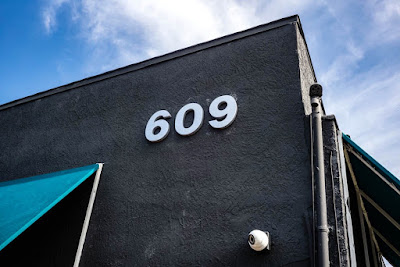 I was sitting with my mother yesterday as I do every day now.  We were listening to the radio.  I have gotten her to listen to the local college jazz station which is often pretty good.  At least she listens to it while I am there.  We were talking about politics which is unavoidable any longer.  She watches Fox, so her take on reality is a bit different than mine.  She hates "Nancy" and "Harris" virulently.  Fox.  She was going on about Kamala Harris's speech slamming Trump.

"She went after him.  She was viscous."  My mother was not approving.

Having not listened to the speech, I couldn't say much other than to counter her claim that Trump had done what he could to stop the virus.

Then NPR News came on, and I hushed her.  They carried part of the speech to which my mother referred.  I've considered Harris a good if not perfect choice for Biden's running mate.  I've been touting her as a way he could get elected.  So I was shocked when I heard her say that after the murders of George Floyd, Breonna Taylor, and Rayshard Brooks (she may have mentioned Jacob Blake, too--it was quick and I wasn't prepared) we had to support the protests in the streets of America.  She drew a quick distinction between peaceful protesters and violent rioters, of course.

But I was stunned.  She said that those people had been murdered.  I might accept that from someone not running for the second highest office in the United States, but. . . . I wondered about my grasp of vocabulary.  Those people had been killed by police, no doubt, but no one has been convicted of murder.  Murder is the unlawful premeditated killing of a person, at least according to Websters.  Maybe there is a legal definition with which I am not conversant.  Having my own in-house attorney for five years taught me that legal language and logic do not strictly align with my oft sloppy employment of the two.

This morning, I read CNN and The NY Times as is my practice.  I saw stories about Harris's condemnation of Trump.  The Times didn't mention that part of Harris's speech, but CNN had written around it, paraphrasing what she had said.  They did not use the word "murder."  Rather, they said that those people had been killed.  That leads me to a stronger conviction that I am correct about murder's definition.

Should not the press call her out on such inflammatory language?  Do they not have a duty?  But of course, I am not listening to a balanced press any more than is my mother.  Everything but the BBC is strongly biased now, and even the BBC is a little.  It is difficult not to be pulled to one pole or the other in the Time of Trump.

So, having been a supporter of Harris's choice for running mate, I was more than a little disappointed in both her words and the press's lack of vigilance.

Are we allowed to use the word "vigilance" any more?

This morning, I watched some of Trump's White House Rally.  "Highlights."  There is something very wrong with Ivanka.  She is a bot, I think.  She is not real.  She talks, smiles, and moves like something programmed to simulate a human.  I'm not complaining.  I just think it is very, very weird. But all the Trump spawn are weird.  None of them seem remotely real.  They are like the avatars kids are getting for their virtual graduations or like simulations from video games at the turn of the century.  It is amazing that they are so life-like, I guess.

And of course, I watched Trump's acceptance speech.  He looks and talks like a man who knows he will soon be evicted.  If the delivery of his speeches had even half the energy of Hitler's, however, I am certain he would win another term.

He didn't mention the "murders."

There is such an awfulness to the world right now that corporations are hiring Divinity Consultants to buck up their workforce, at least according to The NY Times (link).  If I had to sit through any of the shit described in the article, I am certain I would do something irrevocable.  Others, apparently, find respite in such undertakings.

Well, there is a little rant on our most recent times.  I tell myself I won't, but then the dam bursts.  Do you think the Kenosha Kid is a murderer, or was it merely self-defense?

O.K.  I'll quit.  I'll leave this for social media to figure out.  That is the Great Court of our time.  "You people" have at it.  C.S. is (swirling motion of the hand) leaving the building.
Posted by cafe selavy at 8:23 AM