My Shit's Fucked Up 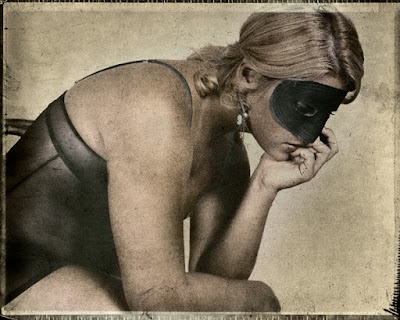 Yesterday was a time of fruitless frustrations and irritation.  It is a good thing I have all the time in the world to waste.

In the morning when I got on my computer, there was a blip in my internet connection.  WTF?  I shut  my computer down and restarted it.  Seemed to work.  But as I told you yesterday, I have some malware on my computer, and I figured it had something to do with that.  But my computer was working slowly.  Really slowly.  I was having trouble opening sites and I could not update my Adobe products.  I decided to try to figure out the problem.  I opened my activity monitor as I read I should, and looked for "unusual" programs running there, which I did.  I might as well be trying to navigate using directions written in Mandarin.  I read some more.  I'd find something running, Google it which always came up Yahoo, and read about it.  Then I'd go to the next one.  I deleted some things and tried to reinstall others.  My computer kept getting worse and worse.  The harder I tried, the worse it got.

That was my laptop.  Fortunately, my desktop was unscathed. . . until later in the afternoon. Then it, too, was getting funky.  Had the two intertwined somehow?  Apple has all sorts of sharing things that I don't understand.  Perhaps one had infected the other?  I thought to run an internet speed test.  And that is when I started to get a hint of the problem.  Connections could not be made.  I decided to call my cable company, and when I looked up the number on my phone, I got a message that it could not connect over WiFi.  Shit.  When I called the company, an automated lady voice told me that there were major outages in my area and that technicians were working to make repairs.

In the meantime, I had done something in my Security and Privacy settings that deleted all my accounts.  When I tried to pull up the N.Y. Times, for instance, I was logged out.  I needed to log back in, but I had no idea what my password was.  The same happened with my Google account and two of my emails accounts.  I've not logged into any of them for too long.  Passwords?  How many have I had?  I was sweating and shaky.  I'd done much more damage than I had good.

Then I remembered something.  The iPhone has all the passwords stored.  Oh yea, oh yea.

I was able to begin the process of logging into everything once again.

This morning, the internet is fixed.  My computer is not.  I just tried opening my Activity Monitor, and it freezes, the little wheel of death spinning endlessly.  I am going to have to have somebody fix my laptop, I think.

After visiting my mother and hearing all the Fox News opinions about what is going on in the nation, I came home to cook my dinner for one.  I had six chicken thighs in the sink where they had been thawing.  I've recently come back to the unwholesome goodness of chicken that has not been skinned nor boned.  I salted and black and red peppered them up and set them on the grill.  I put on some chopped little red potatoes smothered in olive oil wrapped in tin foil (never aluminum) on the upper part of the grill with them.  Then I set some collard greens to boiling.

Now I've learned a little safety feature with the chicken.  I cook it fairly hot because it crisps up the skin really well, then, when I think it is done, I put it in the microwave for two minutes to make sure it is cooked deep down.  And boyboyo are those thighs good.

This morning on waking after a brownie-induced coma, I remembered I left four of the six thighs in the microwave.

I am going to need to ride the wagon again.  I'm becoming a fuck up.  I'm failing at everything.

Remember the posted picture from the way back?  Well. . . I've been printing out 4x5 inch prints of all my Polaroid Lonesomeville work.  You've not seen most of them.  There are hundreds and hundreds of them.  Just the Polaroid work.  I wouldn't be able to print the digital work in a lifetime.  There are just too many.  But the Polas look awesome.  I'm printing them so I can make a maquette.  If I ever finish printing which is taking much time because the thick sheets of paper have to be manually fed into the printer one at a time, I will start making decisions about what might go into a book.  I have printed about half and have already made selections from that group, dividing them into what might potentially be considered and what not.  Oh, fuck. . . I eliminated about 150 and kept about 150.  They all seem so beautiful to me.

But after they are all printed and sorted, I have to cut the photos in the paper cutter so that they will fit into the maquette.  I've decided on an 8" or 9" square format for the book so that there will be the same spacing on the page no matter if the 4x5 is situated portrait or landscape.  I think that a bit of genius.

I want to find a publisher, of course, but if no one likes the book but me, I will think about self-publishing.  I will look for a good press and use the finest papers and binding, print what I can afford with an idea of selling enough to cover my costs.  But I have a lot more research to do about how photo books sell before I think about an edition.

It is just another hole into which I can pitch my money.  But I want to see those pictures in a book.  They belong there, I think.

I have much to do today.  Funny to say that, but it takes me longer to do things than it used to.  I am a living joke about retired people.  You know:

How many retirees does it take to put in a light bulb?  One, but it takes all day.