Terrible Storms (Inside and Out) 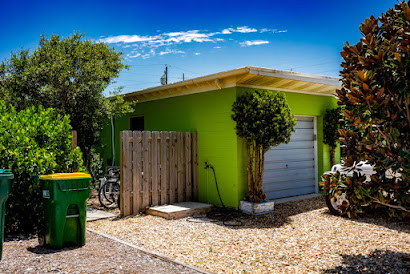 "The best thing that happened to me today took place in a cornershop refrigerator. There is not much more to say than that, but, you see, I must. Who knows what compels me to elaborate and, after it all, leave language here to rust, yet I continue because what else about the sixth of August is there to be said? When the day comes to an end, so rarely do I have anything to say—such are these conditions!—but tonight, as I have stated, I feel I must. You are looking at me and sighing, as if you mean for me to get on with it. That is okay, I do not write for your pleasure; I barely write for my own. I write to lend the sixth of August, this year, 20—, some importance. If I may endow it with the smallest modicum of weight, of emotional epiphany or significance, then, pray, I might sleep better."

That is from a blog called The Evening Dress (link). That fellow sure can write. He wants to remain anonymous, too.  Simpler that way, freer. He left a comment on my blog the other day, and I followed it back to his. I read a couple of posts. Serious writing. Sometimes he reminds me of Beckett, an Irishman writing in French and translating backwards. I'm afraid if I read too much of his blog, I will start to ape his style. It is a good one.

I will read more.

There are terrible storms here almost every day now.  Terrible.  Lightning that lights up the entire city.  More strikes per hour than ever in history.  Thunder that shakes tables and lamps and dishes like an earthquake.  Flooding rains, the kind that blocks vision.  Last night, the wind gusts were 50 mph.  This morning, the neighborhood is littered with branches.  You know that they are coming, those storms.  The air gets hot and heavy and moist.  It stands perfectly still.  You can feel the electricity there.

I wouldn't want to live in the north this winter.  I think somehow it will be as terrible as this.  The world isn't coming to an end.  It is just getting very difficult for humans.

No, people don't recall that.  Way back then, so long ago, everyone was walking.  They've stopped walking a long time ago.

I think maybe I shouldn't have eaten that Impossible Whopper when I went to the beach.  I had a very bad belly after dinner again last night.  Onions.  They have been recalled.  My local grocery store has continued to sell them even after the reports of salmonella contamination was reported in the newspapers.  I talked it over with my mother.  Perhaps they weren't from the company that was infected.  Today, about a week late, they have recalled those onions.  I'm sure that Burger King didn't stop using them.

And here's the thing I can't get my head around.  People maintain that you can't get Covid from takeout food.  I've spent my entire life avoiding restaurants during the flu season because I was 100% certain that someone in the kitchen was infected.  Restaurant workers don't have sick leave.  They just come in all snotty and fucked up and work through it.  But, they say, you can't catch Covid because your digestive enzymes kill the virus.  Well, that's something I'd like to see test results on.  I mean, it doesn't work that way with salmonella nor E. coli.  So. . . enzymes kill bacteria but not virus?  Why are we not just licking counter tops to clean them, then?  I mean, you know. . . digestive enzymes.

I think people say this without any hard evidence.  And I'm sure some Trump supporter was fixing up my Whopper.

Whatever.  I think I got Covid right out of the gate.  I think I am one of the long-term sufferers.

I thought about going to a different coast today to make some pictures, an old tourist town where they used to race cars on the beach.  Once an Easter Break destination before they outlawed Spring Break there.  They still have Bike Week, though.  I guess they do less damage than college kids.  We stayed there often when I was a kid.  There used to be a big carnival boardwalk next to the old pier.  The rides are gone, or were the last time I went there many years ago.  But surely some of the old motels are left, right?  Probably not.  But if all that is gone, I still have Highway 1 to travel.  There are still some gems on the other side of the river, I'm sure.

Were I going, though, I should be gone.  I have become a victim of routine.  Maybe I'll go tomorrow. That is what I always say now.  There is nothing that cannot be done. . . tomorrow.