A Good Day Despite 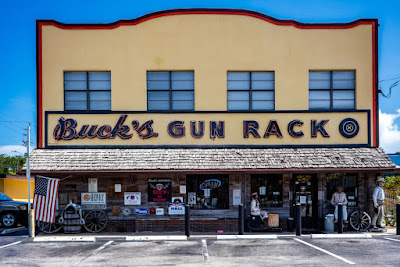 I was feeling better yesterday.  I know I was.  I woke early, followed my usual morning routine, and went to the exercise course.  It was late again, per usual, as I linger too long these isolated Covid mornings.  I haven't been able to run the course more than twice in a month as each time I've gone out, I've pulled or torn something.  Yesterday, I started gingerly.  I walked the first half mile stretching at every stop.  Then, back to the circuit's beginning, I started my old man short-step jog.  "Be careful," I told myself.  "Pay attention."  First station, pushups.  O.K.  Trot, trot.  Second station, sit-ups.  O.K. Trot, trot.  Third station, squats.  Good, good.  Fourth station, rows.  Then the longer run.  Second loop, same.  Third loop, I did as many pushups as I did the first go around.  I was feeling like a real champ.  Then. . . I could feel something pulling in my lower left leg, and being an old smart guy, I knew it was time to walk.  I finished the course, then decided to walk one more doing exercises at each station before going home.

When I got out of the car at home, I was limping.  Goddamnit.

I showered.  I smelled like a day old pizza.  Really.  I don't know why, but since Covid. . . .  After a shower, I made lunch, a small one of tuna salad and crackers.  And water.  A can of fizzy flavored water.  Despite the tear or whatever it was in my leg, I felt good.  I felt present.  I felt energy.  And I thought, why not go somewhere?  If you stay home, you will lose that feeling.  You will try to think of something to do, then you will take a nap, get up and go to your mother's, come home, make dinner, watch t.v., etc.  Go somewhere, I said.

I decided to go to The World's Most Famous Beach.  That's what it says.  I could leave the house at two and be there by three.  The sun would be getting low enough in the sky to light up the buildings on the beach side of the highway.  I could photograph the old hotels, whatever else there was.  I could go to the pier and to the boardwalk.  Yea.  That is what I'd do.

And did.  Driving into town, I reminded myself to take my time.  If I saw something interesting, I had to stop.  I was not going on vacation.  This was a "working" trip.  There was no agenda other than making photographs.  This was no "day at the beach."

And, just off the interstate, driving in past the World Famous Speedway, some buildings caught my eye.  I almost drove past as one does when one is going somewhere, when one is in a hurry.  And then. . . I pulled into an abandoned parking lot and stopped.  I parked the car, grabbed my camera gear, locked the door, and set out on foot back up the highway.

Oh, man.  I was limping.  I had to walk slowly and without coming up on the ball of my left foot.  And so, club footed, I limped back to the first place I saw and started making pictures.  O.K. O.K.  I felt proud.  And weird.  Walking down a strange highway holding a camera is always weird.  You never know what will happen.  Sometimes it gets strange, of course.  This abandoned gas station appeared to be home to some of the homeless, mattresses and bags stashed around the bays and islands.  I've been approached by people before, but today, I was more compromised than ever.  I could barely walk.  I was like a wounded fish moving oddly in open water sending signals out that I was an easy prey to devour.

No matter.  I soldiered on, one crazy place after another, the half mile up and back to the car.

And that is how the day went, me driving slowly, pulling in when I saw something that caught my eye, limping painfully about, then driving on to the next oddity.

The World's Most Famous Beach is a strange and desperate town full of bikers and gun enthusiasts, apparently.  Every other place sold some citizen militia hardware with Harley-style insignias decorating the windows.  It is a dirty place.  Beat.  Something bad happened here long ago.  It did, however, produce a couple famous rock bands, gave us famous races, and long ago was the scene of the most famous Spring Breaks.

All that is left now is a crumbling residue.

The pier is there, but it is dominated by a large chain restaurant.  The boardwalk is now only two blocks long, all the old carnival rides and game galleries gone.

I drove A1A south looking for the old motels.  Some, unbelievably, were still there.  But they didn't look like much.  The old signs had been replaced with something more modern and bland.  The motels themselves offered rooms for the most budget minded travelers, people who don't mind bedbugs, for whom hygiene is not a dominant factor.  They were the sort of places the characters in "Stranger than Paradise" would stay.  The places themselves, however, weren't especially photographable.

I remembered the excitement of staying in some of motels with my parents when I was a kid.  I spent my graduation night with a girl I fell in love with in one of the big hotels, but I couldn't remember which one.  Graduating seniors from schools near and far came there for the night.  I remember that other than falling in love with this girl, it was truly and terribly awful, but it was, for some reason, something I felt I had to do.

What was her name?  Oh. . . it will come to me.  She had been nobody, then she was beautiful.  After that night, she moved away from home, got a place in another town, and became a hippie.  I drove to see her a couple times, but she had progressed far beyond me.  I got a union job working on a construction site in the new and giant world resort for the summer, and that was that.  Oh, god, my life could have fallen apart just then.  I shudder to think.

I continued driving south, stopping and snapping and limping worse each time.  And then, before I realized it, I was in the town where Ili's parents live, where three of her sisters live, where she once lived and may again.  I don't know.  I froze in fear.  What if I were to be seen?  Jesus Christ, I'd appear a stalker for sure.  Still. . . I knew a place I wanted to photograph since I was there, a drive-in movie theater that has been converted to an outdoor church.  The problem, however, is that it was close to where her sister lived, where Ili herself once did as well.  Fuck it, I said, but my nerves were frayed.  I stopped, got out of the car, limped through the gate into the large lot, and made the picture.  Get the fuck out of here now, I said.  But, then, going over the bridge to the mainland, I stopped again, not far enough away, but I had to take a photo of the ice cream shop there.  I would be seen, I thought, but no, surely I was just being paranoid.

Back over the bridge, then a drive down Highway 1.  It wasn't as photo friendly as I remembered.  I stopped a couple times, but by now, I could barely put weight on my left leg.  And then it was getting toward supper time.  Go home, I thought.  You've done a nice job.  Now just go home.

When I got out of the car in the driveway, I almost went to the ground.  I heel walked to the door.  The cat was waiting to be fed.  I was starved.  I fed the cat and opened a beer.  What?!?!  I didn't care.  I needed a beer.  I collapsed into the cool darkness of the leather couch in the t.v. room and turned on the news.  Trump had been rushed out of the new conference.  The world was bad, but the beer was good.  Eventually, I was ready to make dinner.  Spaghetti carbonara, Brussel's sprouts.  I opened a bottle of red wine.  Jesus, no!  But yes.  I drank a glass while cooking and listening to the news.  Dinner ready, I poured another.  And another.  God, that dinner. . . best thing I've ever eaten.  Starved.  And now, full of beer and wine, the endorphins kicking in, endorphins or whatever, I sank further into the softness of the couch, slid into that consciousness that wine can bring, sweet and soothing. . . .  I didn't care.

Life is short, they say, but we know the night is long.
Posted by cafe selavy at 8:26 AM