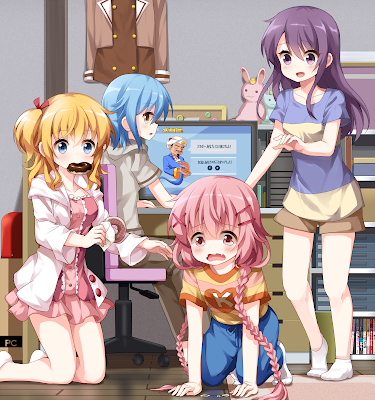 I watched "Cuties" last night after listening to my mother's complaint about the movie she hasn't seen.  I know where her criticism is coming from, so I didn't trust it.  I had to see for myself.  I didn't look forward to it, though.  Like most things, it would surely never live up to the hype.  I heated up the leftover spaghetti and sat down in front of the television.  Well. . . this was going to be difficult.  Subtitles.  And they were coming quickly.  If I looked down to take a bite, I was going to miss several lines of dialogue.  Perhaps, I thought, I could rely on my ancient French.  Not a chance.  And so the evening began.

It was a hard movie to watch.  It is a condemnation of many things.  There is a Muslim component, a poverty component, a social media component, an absent parent component, a schoolyard component. . . . Nothing comes out pretty in this picture.  And then there is the French component.  People love diversity except when it comes to the French.  French sensibilities are much different from those of American's.  Their attitude is becoming more American, of course, as our moral complaints become global, but there are still differences in how they view sex and gender and race, all apparent in the film.

The American complaint about the film comes from the images of young girls in skimpy clothes twerking.  It is horrendous.  It is meant to be.  It is supposed to make you uncomfortable.  It should.  If it doesn't, well. . . you know who you are.  It is a condemnation of capitalism and the profit motive and the shit show that profits from gangsta rap to the Kardashians.  It condemns religious values and parental values and the power of the street.  The girls in the dance group "Cuties" are not precocious, they are feral children in an urban jungle.

That criticism, however is also ethnocentric and racist.  It all depends upon your lens.

I called my mother after I had finished my dinner and the movie.

"You are right.  The movie is a horror show.  But not for the reasons you think.  I mean, the movie portrays things it holds abhorrent.  The dancing girls are a horror show, a deformed burlesque of twisted cultural values that the movie both exploits and deplores.  I wouldn't recommend you watch it, but it is not what you think."

As intense as the film is, the filmmakers didn't know how to end it.  They ran out of gas and just slapped on a moralistic few minutes that made little narrative sense.  If it weren't for that, I would say it deserves Oscar consideration in the way "Moonlight" did.  It has much the same vibe.  The ending could have worked if they had prepared the audience for it in the rest of the film, but they didn't.  Simply, things change.  The End.

I'll be curious to hear your emotional report if you watch it.  There is much more to say about the film.  I just don't have that all together this morning.  I haven't sat down to really parse it yet.  I should say, however, that if you enjoy hentai, then your review will be much different than mine.  You will have a much more enjoyable time watching it than I did.  And that's o.k., too.  I've always rebelled against people telling me how I am supposed to feel about things.  Ted Cruz's complaint (link) makes me want to celebrate the movie.  I just can't.  Or couldn't last night.  Let me watch some more Snoop videos, though, and maybe I can get onboard.

Some references for Ted Cruz.

And of course, America's most popular sporting event.