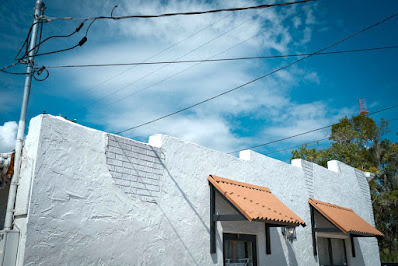 Oy!  I took one Advil P.M. last night before bed--one!--and this morning I feel as though I've been shooting heroin.  Sometimes they have no effect on me, even if I take two.  Today, I am in thick fog.  My body, especially.  Wobbly legs.  Uncoordinated movements.  Drooling.  Well, not really, but that is the way I feel.

Waking late this morning, I had recieved a number of texts about Trump taxes.  I have not watched the news for about five days now, and I had no idea.  So I read the papers.  I see.  The N.Y. Times have illegally gotten Trump's tax returns for the past fifteen or so years.  He paid no taxes.  Huh.  Big surprise.  I read through the lengthy Times story.  It is not straightforward.  Facts do not always make a complete truth.  There are mitigating factors in the report.  Tax laws are convoluted.   That's why there are specialists--tax accountants, tax attorneys.  The laws were made that way to protect the wealthy.  How many of you have used your tax credits?  That's right.  Like you, I have to ask, "What is that?"  Trump is a cheater, sure, with lots and lots of help.  He's corrupt.  But the tax thing will not sway his supporters.  The tie that binds them is their hatred of government.  They do not want to pay their taxes either.  They often want to collect their government disability checks, get their food stamps (do we still have these?), and make their money under the table.  I.E--they cheat.  They will cheer Trump, not turn on him.  He knows how to "work the system." And the reporter who ratted him out?  He needs to go to prison.  That's the twisted logic of the right.

And what about ACB?  She's a true feminist.  All those liberal theorists are showing their colors now. She worked hard, raised a family, made it on her own, and now those lying liberals are against her because she has faith.  Liberals are dishonest scum.

And so it goes.  Trump may lose, but he will not lose his base.  He will be voted out by a gang of people who do not support Biden/Harris.  Out of office, Trump will be more popular and make more money than ever.  He will be beaten but not defeated.

I watched a YouTube video last night with Larry King interviewing Norm Macdonald.  Evidently, Norm realizes that he is gay.  He says he is deeply closeted, so deeply closeted he will never admit that he is gay.  He no longer has sex as he thinks it is shameful.  He masturbates, but he won't say what he thinks about when he does.  I'm conflating the Larry King interview with an old Howard Stern interview which I also watched.  Somehow, though, it all makes sense.  Macdonald's caustic humor could be seen as evidence of his own self-loathing.  I don't know if I am ashamed to have gotten such a kick out of him or not.  Not because he's closeted or gay, but because he is just so fucked up.

Still, I may read his "memoir".

O.K.  That is about all I have in me today.  I'm still sailing in that over the counter storm cloud.  I have every intention of clearing my body of chemicals and toxins this week.  The Road to Hell is paved with good intentions, they say.