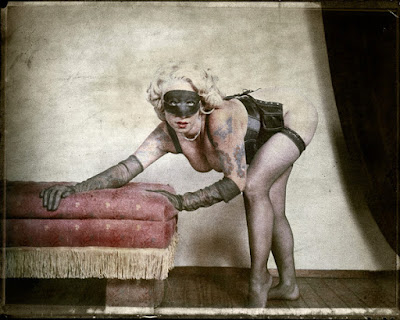 Time of  Covid?  How many times has Q gone on vacation since March?  By my count, it is at least ten.  Yet he whines and cries about being isolated like he really is.  He eats out, takes his kid to parties. . . all the things we are not supposed to do--especially in the Covid State of California which has the highest infection rate in the country.

But, like many people, the pandemic probably doesn't seem real to him.  It is true I think, for most of us do not know anyone who has suffered with it.  We've all heard of someone, but we don't directly know anyone.  That is what I hear all the time, anyway.  And so, while the news tells us one thing, direct experience informs us otherwise.  What I don't hear on the news is how many people I have to walk by to come in contact with someone who is infected.  Ten?  A hundred?  A thousand?  Ten thousand?  By my calculations, it is closer to ten thousand.  And since most people are asymptomatic or nominally symptomatic, since forty percent of the deaths have been in nursing homes and another twenty percent in densely packed cities like NYC, Miami, and L.A., if you live in the burbs anywhere distant from them, the likelihood decreases drastically.

I have been isolated for over seven months.

As a topper, Q is reveling in the Fuji film simulations I sent him.  He has a pretty girl and boy on vacation with a camera full of fun.  I am taking pictures of dilapidated benches.

But yesterday, I came closer to fruition on a longtime project.  I am making a maquette of the first iteration of "Lonesomeville," the Polaroids I shot when I first opened the studio.  I've spent months printing over 500 of them sheet by sheet as I have to feed the paper by hand to get it through the printer.  The printing is finally finished.  Yesterday, after trying to organize them by shuffling through the prints on the dining room table, I moved the furniture out of the living room and spread the 150 I had chosen to use across the floor.  It was quite a sight.  Seeing them there, I was able to discern how they should be arranged.  It took all day, but I got them into what is likely to be a final order.  Last night, I picked them up and set the furniture back into place.  Voila.

Then I started researching publishers.  I looked at Blurb, the online publisher who charges to print a vanity publication.  Call it "Independent."  I went to their site, picked a hardback cover and the most expensive paper.  I want to print the images on the right hand page only.  Then I calculated the cost.  $660/book!!!!!  What the fuck?!?!?!?

I have expensive tastes.

I was flummoxed.  I had previously talked to the owners of a photo gallery who had printed a book of one of their exhibitions on Blurb, and it cost them around $25/book.  When they showed it to me, I knew mine would need to be of a better quality, but I had no idea of the cost.

Flattened, I realized my project was just another pipe dream, but I soldiered on and did some internet research on getting a photo book published.  One idea was to print a couple dummy copies to send around to publishers to see if they would want to publish it as one of their books.  I'd like to think that this is a good idea, but the number of publishers publishing photo books is shrinking, and I haven't a marketable name.  Hell, I don't even have a name at all.  "Lonesomeville," by C.S.  As intriguing as I might think it, realistically, who is going to jump on the chance to publish that?

Another idea was to make a go fund me page.  Sounds o.k., but I am not a social media person, so I don't know how people would even find such a page.  I would need a twelve year old to be my media manager, but I'm not sure his or her mom would allow the kid to work on such a project.

So this morning, I have a stack of around 150 very beautiful pictures I can cut and paste into a hand made maquette.  I've whittled this number down from about six thousand Polaroids, so it is a refined selection.  In my fantasies, there is "Lonesomeville, V. II" etc.  I mean, I have tens of thousands of digital images in the same series that would take me a lifetime (longer than what I have left) to sort.

In all likelihood, these will probably all be put into a box and stored somewhere.  But it was a useful distraction in the Time of Covid.

Last night was the full moon.  I went out to look for it a couple times, but the night was cloudy and I never found it.  Early, I took a pill and went to sleep.  No mad full moon times for me.

Having complained about Q and his forbidden adventures, I must admit that I haven't been beautified for eight months.  Today, however. . . .  My hair is long, and I will not let her cut it.  I will come out looking the blonde surfer boy I was meant to be.

Hell, maybe I'll get some take out food, too. 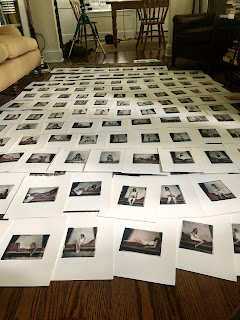