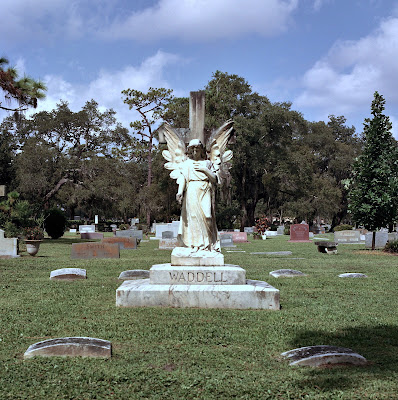 The film I got back from the Hasselblad was o.k.  That means the second back I have for the camera is defective.  That's kind of good news.  The camera is fine.  If I want to buy another back, though, I'll have to pay big money.  Bigger than in the past, anyway.  YouTube has made the old Hassie's valuable again.

My travel/art buddy sent me an article that reported doctors and scientists have cut the recommended daily allowance for men to one drink a day, down from two.  One?  Why would you even drink?  Alcohol, once said to be healthy in moderation, is now terrible for you.  Who are these people and why are they fucking with me?  Maybe they only studied white left wing protesters.  Real men drink.  Watch the movies. Read the novels.  You'll see.

Sitting down to pee is easier on your knees, too.

But I can neither eat nor drink right now.  I'm all kinds of fucked up.  Fasting is the only way I know to deal with it.  Maybe that will work.  If not, I'm in all kinds of trouble.

So C.C. sent me this yesterday.

Tonight is the Full Corn Moon.  Corn Moon, you query?  What happened to the Harvest Moon?  Well. . . it's complicated.  The Harvest Moon is the full moon closest to the Autumnal Equinox.  So. . . I'm not sure what happens to the Hunter's Moon, but I'm sure I'll find out soon enough.  Just know that the genetically modified corn you now eat is the worst possible vegetable you can put into your body.  You can thank Monsanto once again.

"This week, for the first time in three years, the September full moon is in a unique situation: it's happening so early in the month — a timing that gives it an entirely different name, the corn moon, instead of the harvest moon — that it sets the stage for October to have two full moons, meaning a rare blue moon will shine this Halloween, on Oct. 31."

The more we make martyrs out of felons, the more likely this is to happen, I think.  CNN can whitewash it all they want, but Jacob Blake was not a good guy, maybe, according to baby mama, baby mama's mama, and police records.  But then again, it's hard for a nigga to get a break.

I like using the word "whitewash" now.  You know, Pat Boone, etc.  But this is what happens when I am stuck inside my house alone without social interaction.  I'm not contradicted by Pomo theorists.  Oh, there are lots of theories.  QAnon has one, too, but I don't think I'm allowed to place that in the same category.  Don't know why, really.  Feminist Theory, Social Theory, Conspiracy Theory.  They are all speculative.  I know that C.C. would agree (if I may speak for him).  He and I, you see, can't go along with anything, left or right, liberal or conservative.  We are contrarians.  It is in our genetic makeup.

I should put Q in this category, too.  He can turn the room upside down, too.

Right now, though, I'm a little something with him.  He has human subjects to photograph, and I have, at best, the Angel of Death.  Mostly houses and curbs and bits of flotsam and jetsam.  No matter how I work the images in post, they are not going to be loving wives and sons (not that Q has multiples).

I want to photograph the flesh.

No transition.  I bought some cans of flavored fizzy water at Whole Foods the other day and read that they were BPA free.  Now that's some great news.  If you are not familiar, Google it.  I often drink Bubly waters, and they ARE lined with it as are all Coca-Cola products and most other aluminum cans.  I'm going to check to see if all Whole Food branded cans are BPA free.  Fingers crossed.

Well, that's not bad for a guy who didn't eat any solid foods yesterday.  Won't today, either.  I'm not going to eat until I'm down to my original weight of eight pounds, eight ounces and have the skin of a fetus.  Eating isn't good for you.  You know that.  We all do.  Eating only enough to sustain life is the healthiest thing you can do.

And having a single drink a day, I guess.

I'll let you know how that works out.
Posted by cafe selavy at 8:30 AM