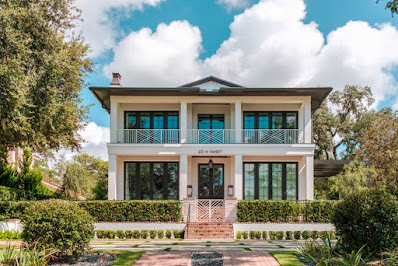 There are things I keep forgetting to tell you--for instance, that the lizards at my mother's house keep killing baby snakes.  It is the weirdest thing I've seen in a very long time.  My mother and I sit out in her driveway each afternoon, so we get a lot of suburban nature.  I've become the nut that talks to animals.  I drive the birds crazy with my constant bird chatter.  I am quite the whistle mimic.  I can imitate a great number of bird calls, and having a degree in zoology, I know how to use them.  Birds use their songs to establish territories and attract mates.  Males and females of the species often have different calls.  I like to torment the males, challenging their territories with my own rancid calls.  I can hear the confusion and pissiness in their call backs at the retarded bird who can't quite get the song right.  It breaks me up and entertains my mother.

My mother often has black snakes around her house.  I tell her this is a good thing, but they get into her garage and she's afraid they will slip into the house.  I worry about that, too, 'cause that shit can scare you. I'm not brave about snakes.  In school, we had to collect and study vertebrates in our county.  I wasn't much of a collector.  I was more of a chaser.  I'd pretend to try to catch things like lizards and snakes slapping my hands down behind them so that they would run to the next person.  I know that a lizard bite is not going to hurt, but anything that opens its mouth to defend itself is off limits for me.  Fuck that.  I wish I were braver and could let the little fuckers bite my earlobes and hang on like earrings the way I see others do, but that just isn't me.  Get a lizard out of the house?  Get me a spatula and a cardboard box.  Yes. . . I'm that big of a sissy.  See Woody Allen and the lobsters in "Annie Hall."  That's me.

A few months back, as we lounged with beers in the driveway driving down the property values in the neighborhood, a skinny black snake came slithering through the grass.  It was longish, about two and a half feet, I'd guess, and he made his way into her rose garden and disappeared.  Another day, he slithered across the driveway then circled around to have a look at me.  I talked to him the way I do the lizards.

He responded by coming closer and raising up like a cobra.  After telling my mother they were good and nothing to worry about, I was ready to kill him and shit my pants.  I was ashamed immediately by my undignified reaction, and made a joke about it to my mother who laughed heartily, but it didn't really palliate my embarrassment.  I mean the poor thing wasn't as thick as my thumb.

Each afternoon, the lizards come out to enjoy the heat radiating off the cement driveway.  They have two main occupations, mating and eating bugs.  The males are at least twice the size of the females, and they come out and do their lizard dance, displaying their red throats and bouncing up and down in a spastic display.  The little females look at them.  The males, eventually, will run over to the females and do their dance again.  Then, in a quick and violent move, they top her, entwining her with their front legs and tail.  I pointed this out to my mother and explained that lizards have two penis, hemipenes, to make the odds better of getting into the females cloaca.  My mother and father paid for me to get that degree, so I want to pay back when I can.  My mother's reaction was, "Huh.  Really?"  I'm not sure she believed me.  Sometimes as one male tops a female, another male will make an attack.  It is something to see.  He'll run full speed at the mating pair and knock the topper off.  If a lizard can look dazed, the topper does.  Then they will face off and one or two of them will run away.

When they are not mating, they eat, mostly ants that crawl in the cracks in the cement, but sometimes something bigger.  With the bigger bugs, they chew.  I made of point of clarifying this for my mother, too.

But of late, I've noticed them attacking baby snakes.  At first I thought they were worms, but I had to get a closer look.  Nope. They were not worms.  They were baby snakes with a ring around their necks.  The lizards are vicious in their attacks, and the baby snakes writhe in apparent pain enduring bite after bite.  Eventually the little things can barely crawl and the lizards leave them alone to die.  They don't eat them.  They just kill them.  I will have to look it up, but I would assume that the adult snakes eat the lizards.  It seems weird to me, reptiles eating reptiles, but it shouldn't surprise me as mammals eat mammals constantly.

I've watched them kill three or four baby snakes so far.  It is sad, but it is the way of nature.  I still talk to the lizards.  I talk to the birds and the snakes, too.  I care far less for the dogs walking by with their owners.  I have to say that my mother's neighbors have some of the ugliest mutts I have ever seen collected in one place.  It is as if they all went to the pound to find the ugliest canine.

My own neighborhood has spectacular purebreds, beautiful creatures, inbred and fatally flawed.

There are other things to mention, but I slept very late and the day is getting away from me.  I need to move.  I hope you have enjoyed this little insight into the suburban wild kingdom.  I don't get to talk zoology any more, so no matter, it was fun for me.