Revolution of the Ignorant 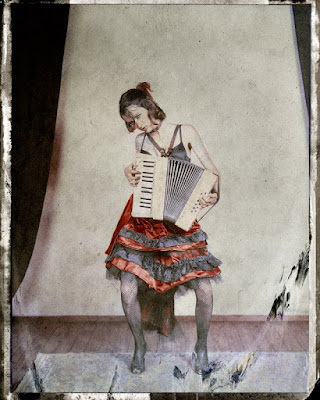 Thomas Friedman talks about the Revolution of the Ignorant in todays op ed piece in the NY Times.  He doesn't call it that.  That is my phrasing.  But that is what he describes.  He calls them "humiliated."  They vote for Trump no matter what horrible or crazy shit he does because he is willing to sock educated elite liberals in the old kisser.  He stands up for them, and they like it.  They gave it to Hillary last election because she called them "deplorables."  They didn't like that much, so they voted for the Class Clown.  It didn't matter that he was rich and walked around with his pecker out.  As a matter of fact, they enjoyed it.  You must remember their favorite forms of entertainment.  They are not watching "Masterpiece Theater."  In fact, they want to defund it.  No more money for art.  No more money for NPR and PBS.  More money for religious schools.  And, oh. . . more disability money for those who don't like to work.  Studies show that Trump supporters who are against the government dole are more likely to be collecting disability and welfare checks than others.  They feel they are justified and entitled to them. . . unlike those "others."

So, no matter how much you show them that Trump is a dishonest, corrupt, selfish liar, they don't care.  They already know that.  It doesn't matter.  They hate the educated elite and their Ivory Towers.  Trump is their man.

Of course, we've been saying that here for eons.  And I agree with them in some ways.  The big mistake in this argument is calling them "liberals."  The educated elite have moved on from there.  They are not liberals.  They are theorists.  They are social policy wanks.  They don't question much other than the established order.  Jesus--I need to quit it.  I sound like a Fox show host.  I'm speaking in unqualified absolutes that oversimplify the case.  What I've said can be no truer than the opposite argument.

Look what they have done to me.

That's what happens, though.  It is difficult to keep your head in times like these.  I see the absolutes coming from each side.  Well, not so much from Placeholder Joe.  He just keeps whining about how much tragedy he has suffered in his life which he says qualifies him for office.  He is like that relative you don't want to go visit because he goes on and on about his dead wife and how hard it has been.  No matter how you try, you can't move him off the subject, his soliloquies always delivered in that same awful moaning tone.

All to say, things look dire and joyless unless you are a deplorable.  They still party like its 1999.  According to Newsweek, their rally in Sturges has accounted for 260,000 cases of Covid.  But I'll bet you dollars they don't care.  None of them are saying to themselves, "That's just awful."  What they will say is, "How in the fuck do they know that?  That's just bullshit.  What did they do, test everybody who was there?  Fuck no.  They just make this shit up to make us seem bad.  It is political.  They will do anything to discredit Trump."

Keep trying to convince them with science they don't understand.  How's that working out for you?

But enough of that.  Let's talk about me.  I haven't told you about the yellow jackets yet.  I have a colony that burrowed in the jasmine under one of my giant camphor trees.  I didn't know they were there until my yardman showed me.  He was in pain.  He'd just gotten stung on the top of his balding head.  My mother had a colony in her yard that came back every summer for years.  She was scared of them and couldn't get rid of them, she said.  She had lots of stories abut them coming after her, so she stayed out of that part of the yard.  I went online and looked them up.  Supposedly vicious little fuckers.  The yardman asked me to get rid of them.  O.K. I said.  Will do.

I went to The Google.  I looked at ways to get rid of them.  Vinegar.  Try vinegar.  So I did.  And boy, they went crazy.  But they didn't leave.  Hmm.  I went inside and used The Google again.  Wait!  Another article suggested they liked vinegar.  Hell, I might have just given them food.  Back to the drawing board.

Detergent, some articles said.  They don't like it.  So I mixed some up in a big container of water and poured it down the opening of their underground fortress.  Now, remember, I have a degree in zoology, and I know that hole doesn't runs straight down into their lair.  Indeed, it will go down, then up, then sideways.  Whatever you pour into the opening is not going to run into the place they keep their queen.  They aren't that stupid.  But, I hoped, the article was correct and they wouldn't like it.

When I poured it in, they certainly didn't seem to like it.  Yellow jackets began pouring out of the opening in great numbers.  I jumped back a number of yards to watch, waiting for them to attack me with their viciousness.  They didn't.  But were they certainly doing an in air jitterbug.  I retreated back into the house thinking I'd done it.  They would pack up and leave.

Of course, when I went out later, they were using the hole like nothing had happened.  Thinking maybe one dose wasn't enough, I tried it again.  Same thing.  A big outpouring of wasps, then later, normality.

Another article said they hated eucalyptus oil.  It also mentioned tea tree oil, so I drove to Whole Foods to get some.  I couldn't find any eucalyptus, so tea tree oil it was. The little bottle was quite expensive, but what was I to do?

Back home, I poured half the bottle into a cup and filled it with water.  Down the hole and around the opening.  Let's see how they liked that.

Same reaction as the detergent.  Later that day, they were still there, so I doused the opening with the other half.

Sitting with my mom, I told her all of this.  I told her I didn't like killing things, so I would just keep irritating them and maybe they would leave.  She said they wouldn't.  They were programmed to protect the queen, she said.  They would stay.

She was right, of course, so I decided on last resorts.  I got an insecticide from the garage and poured it into the hole.  I stepped back and watched them swarm convinced this would be the last dance.

I was wrong.  Those little fuckers must be immortal.

I decided yesterday on one more solution.  I got a spray bottle of Home Defense insect killer, stuck the nozzle into the hole, and gave the pistol grip a good number of squeezes.  Then I stood back, and as the wasps came swarming out of the opening, I showered them with its mist.  I did this for a very long time until not so many were coming out any longer.

Later, when I checked, there was not so much activity around the opening of the nest.  I haven't looked yet today.  I don't want to.  I feel myself a killer of wasps.  They serve an ecological purpose I read.  They eat insects.  They are part of a healthy ecosystem.  It went against my spirit to shoot them down that way.

I did it for the yardman.  That is my only justification.  I'm not sure its good enough.

I found today's pictures on the internet.  I was doing a google search for something and found these on the website of one of the women I worked with many years ago.  Do I have these?  In putting together my Lonesomeville book, I didn't see them.  There were other pictures out there that I don't seem to have any longer, too.  I am a mess.  I may never find all the images I have produced over the years.  I don't even know how to search for them other than going through every one of the dozens of hard drives I have picture by picture.  In order to save some record of them, though, I post them here for you/ for me.  I think they are pretty groovy.  That's what we used to say. 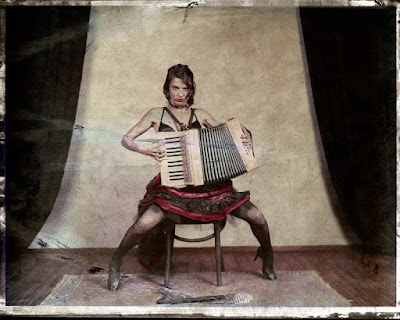