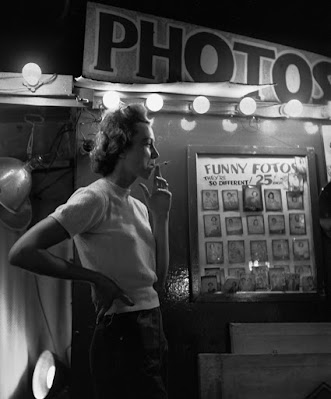 What will be born of my wicked mind this morning?  It remains to be seen.  I did not wake with any ideas today.  The news is slow.  Biden had a town hall meeting on CNN and even they wrote this morning that he is not a "perfect candidate."  In a brief statement they admit that he may shit himself at any moment while trying to fart.  They all but say that "he isn't Trump."  I feel like I'm sitting at a Hootenanny trying to pick out the most talented jug player.

I've just gone back to find a story I read this morning about a model who claims to have been "somethinged" by Donald Trump.  But the story is gone.  Both the Times and CNN have updated since I read them at six o'clock.  Don't most working people read the news at six?  WTF?  They can't have the papers ready by then?  I always feared I was reading yesterday's news.

Man, I'm at a real loss today.  I shouldn't even try.  I've just written some virulent shit that I had to delete.  It is, of course, the times. . . that tried Yeats' soul.  There is no sweetness and light in his poems that I can recall, only mysticism and strife.  Yeats would have thrived in the QAnon era.  He was a whack job, for sure.  And yet. . . I have been enamored from time to time.

The photo by Jack Welpott is not one that I remember from studying photography in college.  I was influenced by his work with Judy Dater.  Well. . . maybe it was Dater's work.  Here is part of a 1974 NY Times article about them.

Judy Dater and Jack Welpott are a San Franciscobased wife ‐ and ‐ husband team who have been working together as photographers since the mid‐1960's. Welpott is older and was first in the field. He was, in fact, Dator's principal teacher. But Dater is far ‐better known as a photographer, and is, I suspect, on the basis of Welpott's earlier pholmgraphs in this show, artistically the dominant member of the team.
Indeed, Dater's Wiki page doesn't even mention Welpott.  But this is the book they made together. 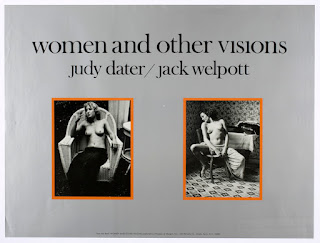 Dater is always referred to as a "feminist," so. . . who knows.  She always liked shooting nudes.
I'm not sure what a pholmgraph is, nor why the article refers to her as both "Dater" and "Dator," but this is from the archives, so it may be a digital mistake.
If you recall the photographs I made in college, you will clearly see the influence.  Judy Dater, the feminist, led me astray.  I should have made pholmgraphs instead.
O.K.  That was pretty random.  Blame it on the brownie I ate last night.  Now I must begin to prepare the house for the wrecking crew.  Time sure flies when you're not having fun.
Posted by cafe selavy at 8:41 AM