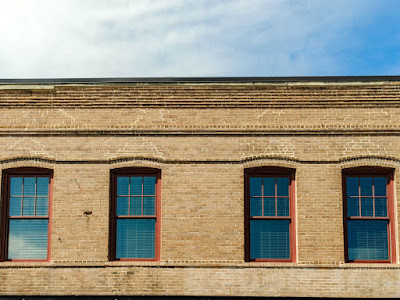 I went to a cafe yesterday for the first time this year.  I sat outside with a plastic glass of cold herbal tea.  I needed to get away from the house, to just take a journal and write some things.  The day was hot, too hot to comfortably sit outside even in the shade, but I wasn't about to join the pretty, youthful crowd inside.

A chuckle and a wink.  "There goes the old guy.  I knew he wouldn't stay inside.  Good.  Besides, old men love the heat."

The street was noisy, too busy with cars.  I wrote with a shaky hand.  I haven't written by hand in a very long time as the journal informed me.  The last notes there were from the trip Ili and I took to Paris.  That is just shy of a year now.

I thought to write about obsession.  It seemed a good topic.  I tried to think of writers obsessed with a love object from their youths.  I thought there were many, but I could only think of Dante's love of Beatrice.  There was Humbert Humbert, of course, but he was fictional.  I sat there with the sweating glass of tea.  A couple big trucks rumbled past.  I couldn't concentrate.  I decided to text C.C. and Q and ask them.  Then I remembered F. Scott Fitzgerald and his original Golden Girl, the one he dated briefly in his high school class, the rich one who everyone remembered for her charm and beauty, the one that preceded Zelda.  What was her name?  I couldn't bring it to mind.  I Googled it on my phone.  The name never came up.

I thought through all the authors I knew.  Wasn't Proust fixed on someone?  I have barely read him.  Was the name Madeleine?  I Googled it.  Nope.  It was a pastry.  But Proust did use it to explain the different functions of memory.

Those letters from the attic were my Madeleine.  My obsession, it occurred to me, is rooted in something bigger than the death of an old girlfriend from my youth.  That is the object, but it is not the subject.  The truth is that those two boxes of papers from the attic made me confront a past I had reconstructed, reshaped, reformed, and forgotten.  I like to say I'm not nostalgic.  I site my intellectual training which teaches that sentimentality clouds judgement and obscures the vision.  I have been embarrassed by those mawkish about the past.

A young girl walked by my table arresting my attention for a moment.  I lifted the sweating glass of tea, droplets of condensation falling onto my journal melting the written words.

What is this obsession with youth?  Where does it come from?

Emily stared up at me from the pages.  Really, I wondered?  Really?

My life was upended at thirteen.  My parents divorced when I was sixteen after years of terrible fighting.  I was to live in the house with my mother.  Suddenly, I was on my own.  I lived in my car for awhile, eventually moving into the shitty little duplex with my father.

In those boxes of papers there is much data.  Not all of it matches the narrative my father constructed.  Dates don't match up with his telling.  He trained as a tool and dye maker before the war.  There was the paperwork.  But he said he used his G.I. Bill to go to trade school.  He had a choice he said.  Either that or college, but the trades were paying so much better at the time.  There is a pay stub from the forties, another from the fifties.  It did not seem that the trade paid so well.

In the letters from Emily, she describes me.  I am forced to remember.  I have not remembered myself as a teenager except from pictures. I don' t remember myself talking, moving.  But there I am in her beautiful handwriting.  Why don't I write?  Why did I say she was "holy."  Gradually, I hear my tinny voice, sneering and sarcastic in self defense.  I didn't write because I couldn't.  I didn't know what to say.  Maybe I can't remember myself because I didn't act, I only reacted?  I was too dysfunctional, afraid to move.  No, I didn't talk, I didn't move.

They only got worse, those teenage years.  I am not nostalgic.  I don't remember anything, really, until I moved away to college.

I looked at my phone.  It was time to go to my mother's house.  I wasn't finished.  I didn't want to go.  A woman in an elastic, form hugging mini-dress tugged at her hem that was making its slow journey up her thighs.  She noticed me watching her performance.  Yea, fuck. . . I put away my notebook and my pen and dropped the sweating glass in the trash.