The Art of the Letter 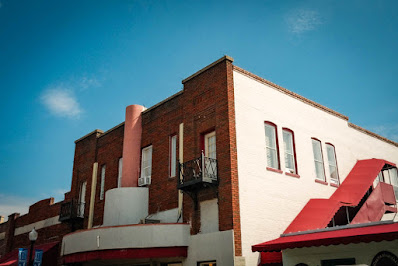 These are the maddening days here in my home state.  Every year, there is an early fall, a few cool days that bring relief.  But they are a lie.  The hot and humid days that follow are cruel.  It is still summer here, and though the days get shorter and the shadows grow, the heat can still knock you to your knees.

It did yesterday.  I tried to go out.  I had planned out a day.  I would go to Home Goods and try to find replacements for some of the things Ili took with her when she left.  I would fill my car with gas, and I would go to a cafe and sit out again and drink a cold drink.  Halfway through, sweaty and irritable, I gave up.

Back home, mid-afternoon, I picked up one of the many envelopes piled on the floor in the living room.  I only read one or two of her letters at a time.  But the letter I picked up now wasn't hers.  It was from another girl to another boy.  How had I come in possession of this?  Maybe I was mistaken.  It could have been from Emily.  It invoked the same adolescent dream love.  But the girl wrote that Emily was spending the night, and that Emily was writing to me, so she would write a letter, too.  The phrasings, the feelings, were almost interchangeable.  Almost.  I recognized that they seemed less enduring, and they were not quite as sweet.

Letters as objects.  I used to love getting letters, going to the mailbox and seeing the envelope there.  There was the handwriting.  The script itself revealed something.  Emily's handwriting was beautiful.  Mine was terrible, worse than sloppy.  In elementary school, I had never gotten anything better than a "C" in handwriting.  My letters lack the elegant loops and steady slant of others.  It is a gauche mishmash of shapes.

Emily and I had gone to the fair.  I remember us standing before a machine that analyzed handwriting.  We each wrote on a piece of paper and fed the paper into the machine.  Lights flashed and the machine whizzed and whirred and in a little bit, it spat out a card that told each of us about our personalities.  I don't remember what the cards said now.  I wish I could. They were probably right.

But maybe that is why I did not write as much as she did.  Her letters begged me to write her.  But how could I?  Hers were art objects.  They were creative with drawings and tiny notes in the margins.  Some magic went into those letters. They were alive.

A letter.  You hold it in your hand.  You read it, put it down.  You come back to it and read it again.  All that is lost in the common internet font we write in now.  There are no swirls or loops, no marginalia, only the occasional internet emoji.

Sometimes the letters were scented.  I would smell them when I opened the mailbox.  Before I saw them, I knew they were hers.

But who was Marsha?  Who was Tom?  I couldn't remember a thing about them.  All I knew was that Marsha loved Tom.  I was surrounded by adolescent love.