Purity Is for the Pure 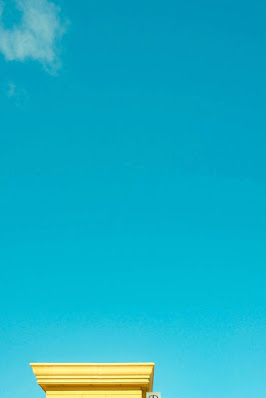 I'm in my 37th hour of fasting.  I will probably break it after the 38th, though once you get this far, you feel as if you could go on forever.  Last night I wanted to eat.  It was mostly through habit and boredom though there was probably a drop in blood sugar levels, too.  This morning, that has probably stabilized.  I once fasted for three days, and as the toxins were released from my fat cells, I started to hallucinate.  Not the trippy kind where you hear colors or see trails, just subtle shifts in time and distance sort of like getting stoned.  I could reach that distance now, I feel, but I have another plan.  Still, it feels as if I should consider it as the first day is the hardest and it seems a shame to waste the effort.  In the Time of Covid, with nothing pressing me that needs doing, I feel I could go on forever.

If you are anything like me, reading this will piss you off, make you resentful.  I hate reading about people's spiritual or bodily journeys.  I don't enjoy (nor truly trust) non-drinkers.  Vegans put me in mind of lepers, something to pity.  Holy men and their vows of (you pick) remind me of cripples.  Holiness, I figure, comes not through abstention but through a vital embracing of life.  I only enjoy Catholicism because it is so corrupt.

So don't take my fasting as anything of the sort.  This is a necessity.  I am trying to recalibrate my health.  And as I've said, nobody has ever died of starvation.  Wait.  That is not what I said.  I'm getting a little goofy.  Maybe I should eat.

In grad school, I took a particular liking of John Falstaff.  A jolly man in a fallen world, his Rabelasian approach to life had a peculiar charm.  Now, however, I focus more on his depiction in the plays after Hal becomes Henry.  The disappointment and bitterness that blankets him make him seem petty. 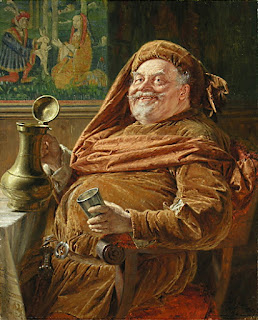 I've never had any attraction to Hal/Henry, however.  None whatsoever.  I do prefer the jolly glutton to the high-hatted idealist.

All my life, I've been attracted to colorful characters.  It has probably been my greatest flaw.  I should have idolized greater minds and purer men, but goddamnit, I've always loved the man with a hangover who came out and played his greatest game.

I have to question that choice when I see Joe Namath hawking life insurance or whatever on the Old Folks Network.  Perhaps it could have worked out better for him some other way.

But people get old and only wisdom can save them.  Look at Dr. Fauci.  Seventy-nine years old and a hero to all but QAnon.  Last night, I watched his interview on 60 Minutes.  He was eating raviolis and sausage and drinking a big glass of wine, and I thought, "There may be a little Falstaff in him."  Just a little, though.  Brando was like Falstaff, and I watched his pathetic decline.  Perhaps just flirting with Rabelais is enough.

I read an article in the Times about Bruce Springsteen this morning.  Broadway play, new album.  Jesus.  I listened to the songs.  They were terrible.  There is a form of mawkishness that is like a disease among old rockers, I think.  No matter how much they talk about being present, they cannot let go of the past.  There is something terrible about being 65teen.

Wait!  What?  What am I saying?  What have I been writing?  All I want to do is go back and redo everything.  Is that wrong?  Am I a mawkish idiot trapped in my own failures and oversights?

Ha!  It can't be so.  I am a man who eschews food for days on end.  I am purer than thou.  Cast your gaze upon me with envy.

Perhaps I have a ways to go before I achieve clarity.