Best Keep Your Pecker in Your Pants 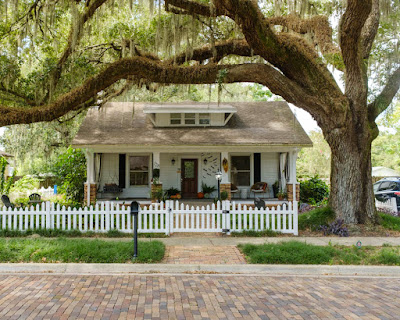 Oh, Jeffery, what were you thinking?  How could you do it?  And. . . why did anyone feel the need to tell? I mean, it was just a penis.  Sure, he touched it, but guys are always touching their penises, especially at home.  And besides, who wears pants to a Zoom meeting anyway?

Many women have asked me after this terrible incident, "What is wrong with men?"  I tell them there are just too many rules.  But in truth, technology has been their downfall.  Ben Franklin could deny anything.  But Anthony Weiner used texting like it would just disappear.  Everything is recorded now.  Everything is permanent.

Even an angry God is said to forgive you of your sins.  But we are only human.

The good news is that QAnon is not so dangerous as we thought.  See. . . they are an anti-pedophilia group.  They are only against The Church, Hollywood, and most democrats.  Someone needs to protect the children.  Why not QAnon?  Those are some people you can really trust.

I watch "The Circus" on Showtime.  If you haven't seen it, it has insightful coverage of the election.  It began in 2016 when we thought things couldn't get any weirder.  They did.  I watched this weeks installment last night.  You should watch it, too.

It's o.k. to watch.  They got rid of their sex offender, Mark Halperin, years ago.  What I really want you to pay attention to, though, are the militia who are interviewed.  They are some spooky sonofabitches.  Do you think you could reason with them?  Fuck no.  These are some of the dumbest people on the planet, but they think they are smart.  Without a high school diploma, they know more than the scientists and other great minds of our time.  Watch them on the steps of the Michigan State House, their hurky-jerky movements all nerve and muscle like schooling sharks when they smell blood.  I grew up around these guys.  I've seen them in action.  They are like retarded pit bulls after a small dog.

They are the future.

I propose that we should lock them all up before they reproduce, but that is just me.  You can't stop QAnon, though.  It has no location, no place.  It simply lives in the hearts and minds of the ignorant and willfully ignorant everywhere.

I'm sorry to be an elitist, but, you know, I don't question them about things like how to bulldoze a forest or pick up a cow.  They got that shit.  But in the court of logic, yea.  I will look them straight in their beady little eyes.

However, we all know brute force beats logic every time.  Besides, where truly does logic reside in the universe?  Trump beats Covid after a day and a half and Jeff Bridges has lymphoma.

I'll bet you one thing, though--with odds:  there are no fewer pedophiles among QAnon apostles than there is in Hollywood or The Church.  Any takers?

I ended my fast after forty hours.  I felt I could go on for another few days, but I did a fairly strenuous workout and decided that my body would like a little food.  Just a bit.  Then last night, for the first time, I made a brown jasmine rice/green lentil dish.  My god, it was great.  I cooked up some pork cubes to add a little flavor, and added sautéed onions and baby spinach.  This will become a staple in my dinner repertoire.  I'll soon be as healthy as a sherpa.

I have not been able to get the new Kathleen Edwards song out of my head for about a month now, it seems.  It is playing there constantly.  That and the David Letterman video I posted a few days ago.  So I went back and listened to all her albums.  Almost every song is about a sad or bad relationship.  The female is always wonderfully and beautifully or savagely in love.  The male is always a fuck up.  And the songs ring true.  I tend to reverse the roles, of course.  You can do that.  But given the way the songs are written, I feel she is my kind of feminist in the Alice Munro or Dorris Lessing school of feminism.  My academic feminist friends would tear me up on this one.  Of that I am sure.  But holy smokes, the longing for love in a fallen world, as stupid as it is, is sometimes too overwhelming to fight.  Often we feel the need of an emotional rescue.  In the main, we allow ourselves to be fooled by the false promise, though, and that is the theme that underlies most of her songs. 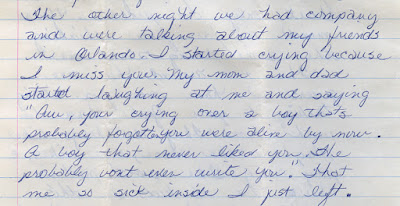 “Love is heavy and light, bright and dark, hot and cold, sick and healthy, asleep and awake- its everything except what it is! (Act 1, scene 1).”
"This love that thou hast shown
Doth add more grief to too much of mine own.
Love is a smoke raised with the fume of sighs;
Being purged, a fire sparkling in lovers’ eyes;
Being vexed, a sea nourished with loving tears.
What is it else? A madness most discreet,
A choking gall, and a preserving sweet (Act 1, Scene 1).
Two perfect lovers, Romeo and Juliet, but not even perfect love can save you.  What then?  What have we to fall back on?
I don't know, but I'm sure as shitting going to keep my pecker in my pants on all future Zoom calls.
Posted by cafe selavy at 9:18 AM