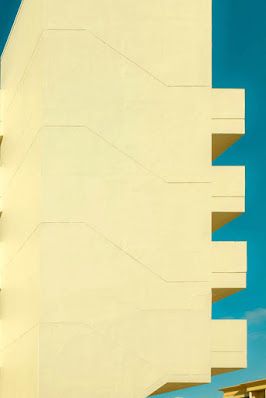 I am back to exercising outside.

Yesterday afternoon, with nothing to do and no motivation to do anything, I decided to get back to sorting the double garbage bag full of letters.  They range from 1973 through 1985.  There are probably a thousand of them.  Letters, notes, old paychecks, travel brochures. . . everything.  I am a packrat, I guess.  I spent the afternoon in another time re-remembering things long forgotten.  There I was--we were--still and again.  There were letters and notes, almost exclusively from women, that reminded me that in the main, we do not really change much.  We repeat the same patterns again and again.  I was a handsome, sweet, sad boy who was excited by life but vexed by the mundane.  There were notes from women I had forgotten and some I cannot remember.  I kept them all, I guess.  The majority of them, though, were from two women.  There is much that is too painful to read.

There are letters from my mother and father.  I took one of the letters to my mother yesterday to let her read it.  I laughed and said, "This sounds just like our every afternoon conversations."  Her life, too, is a pattern.

Both my mother and father were concerned about money.  My father was working much overtime.  My mother was selling things.  They sent me money every week while I was in college.  I remember going to the mailbox and getting their letters.  I don't remember writing back.

I don't remember writing to the women, either, but their letters report that I had.  Apparently, I said sweet things.  They were reading books I recommended and wanted to see movies I had written about.  Fellini, for god's sake.  Was I really already watching Fellini?  And the books--works of literature.  I don't remember being that sophisticated.  In memory, I was a hillbilly boy trying to catch up.  But I do recall the seriousness of my quest.  I immersed myself in the cultures around me, and at the university, everything was at my fingertips.

The women were often worried about me.  I was hopelessly moody.

No, I have not changed.  Women were my alpha and my zeta.  Art and literature were my mainstays.  Zoology was my major.  My roommate and I played in every intramural tournament no matter the sport.  I wanted to be everything.

I graduated and travelled around the country, then went back to my hometown and looked for work.  I had forgotten about some of the jobs that were offered me from the schools and colleges where I applied.  I took an adjunct teaching job at one of them.

I met a girl.  My life got complicated.  It wasn't all my fault, but it was my fault.  I can't stand to read those letters.  I just have to put them away.

I prefer the sweet ones, of course.

I've tried to find out how Emily died.  I know, I know.  I could keep it a secret, but I have.  It seems others have reached out to her family to find out, too, and have never received an answer.  Considering the brevity of her funeral services, I wonder if she overdosed or committed suicide.  I can't tell you why I am so determined to find this out.  It is irrational, but that makes little difference.  One is not allowed to get the cause of death from the state unless one can prove to be a close relative.  I want to find someone who has access to state records such as these who wouldn't mind doing what Lt. Joe Becker does for James Rockford every week on "The Rockford Files" or what Lt. Jacobi does for Peter Gunn.

Yea. . . I've gotten sucked into the past.  Its a vortex.  I stayed up past midnight watching old music videos from the 60s.  I am tired today.  But I had a text from Mr. Fixit who said he needed another day off, so I felt rather free.  I have another stressful doctor's appointment in a bit, though, and my mania is already reverting to depression.  When I think about it, my stomach turns to stone.

There are still stacks and stacks of letters to sort.  I will return to that today. 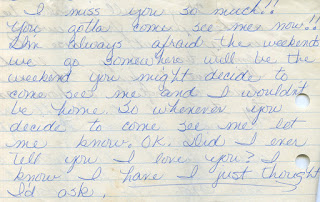 I am a moody boy, and I am nothing else if not an idiot.
Posted by cafe selavy at 8:49 AM