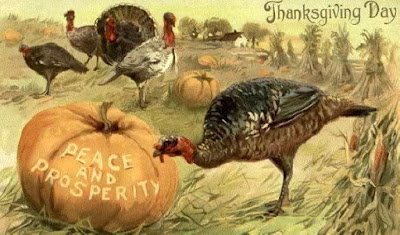 Yes, indeed.  We race through the holidays now hoping for a better year.  At least on some level.
I was MIA yesterday.  I had a nuclear stress test on Tuesday.  The nuclear part knocked me down.  I felt more than odd, greater than strange.  The fellow who injected me with the radioactive material said I wouldn't feel any side effects.  I am considering going back and putting a metal pipe up side his head and telling him he won't feel any side effects.  My arms and legs didn't want to respond to my brain.  I was foggy and couldn't stay awake.  I thought, "If this isn't a side effect of what he shot me up with, I'm in VERY serious trouble."
I felt much better in the morning.  But I am seriously pissed off.
More tests coming.  The sleep test kit should be arriving any day.  Two nights of sleeping with devices.  Sleeping?  I doubt it.  It is an insurance scam, I think.  They don't need a test to tell you you snore.  They should just give the fucking aqualungs away so you can use them once and then put them under the bed.
Whatever.
Yesterday was busy.  Mr. Fixit was here at the crack of dawn.  As he worked, I tried clearing out more of the junk I have stored over the years.  He was done for the day by eleven and headed home for a long Thanksgiving break.  I headed out for my beautifying project.  Three hours of it.  It was just me and my beautician and another beautician laughing and listening to a Paris Cafe station on Pandora. It was the most awesome station I have ever heard.  It was new and strange music to my pretty little Russian Jewess, but it was just the soundtrack to my life.  The other beautician, learning how much I liked it, cranked it up full volume.  She sat and marveled at how blond I was becoming.
Oh. . . the results are quite pleasing.
It was time to see my mother when I was done, so I stopped and bought some beer and headed over to her place to start the T-day party.  I brought over the table that we would set up for dinner and a table cloth.  I have to find the champagne bucket yet.  You see, mom has some neighbors who are widows--89 and 91--who will come down for mimosas.  They like to party!!!
Beers done, my day was not.  I headed off to the liquor store to buy many bottles of good champagne, after which I raced to pick up the sushi takeout I had ordered.  When I got it home, I had ordered the sashimi rather than the nigiri, but it was fine.  Garlic edamame and miso soup and sashimi and a cold, unfiltered sake, and I was good.
Then it was off to Whole Foods to pick up the Thanksgiving dinner for four.  Yes, there will be just two of us, but, you know, leftovers are the best part.  When I picked up the packages, though--holy smokes--there will be plenty.
I took the works back to my mother's house and drove home.  I am rarely out at night any more, and everything seemed dreamlike.  There are actual holiday lights.  It is strange, really, like being in an aquarium looking out.  When I was on the table at the cardiologists with the imaging machine whirring and humming, Christmas carols from a radio in the other room came in tinny waves like a weird soundtrack to a David Lynch movie.  That is what it feels like, yes.  Everything is quite strange and far away.  Nothing actually seems real.
But the sun is out here today, and there is likely not to be a cloud in the sky.  I am going to take a long walk and do a little exercise before I go to my mother's.  We will eat early, around one.  That way, we can have turkey sandwiches for dinner.  Mmm.
And so it is that I try to keep the hollow emptiness away and bring some cheer where I can.  Let the holidays begin.
Posted by cafe selavy at 8:26 AM