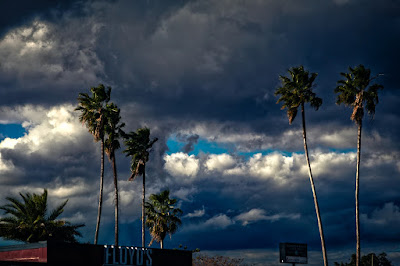 Ten more dollars in the travel kitty.  "Ten?" you query."  Well, yes.  You know drinkers underreport.  Doctors always double your answer when they ask you, "How many drinks do you have each day?"  But that isn't the point.  I may have a glass of champs tonight, however, even though I will be in bed long before midnight.  Even though we are leaving behind a hideous year, we have no clue what lies ahead.

These are terribly troubled times.

When I read about someone like The Nashville Bomber who believes the world is being taken over by Lizard People, I get nervous.  I used to laugh, but that is how weird the world has become.  Conspiracy Theory Idiots are now mainstream.  QAnon believers are now in the house and the senate and even the White House.  I still blame liberal democrats for Trump.  They gave us candidate Hillary, the only person as arrogant as Trump.  The problem was that Trump could be funny.  Hillary could only be arrogant and could only speak Woke.  Conspiracy theories are much more fun than Woke philosophy for most, and truly, they may be the only way to counter them.  Woke is a religion.  Conspiracy Theory is simply a comment all social theories that start with an unsupportable assumption.

Oops.  You know not to trust any statement that uses the word "simply" or that tries to totalize.

You'll have to forgive me.  I took an allergy pill last night before bed and it knocked me out.  That is why I am writing so late in the day.  I'm still a bit woozy.  And like many who spout crackpot theories, I am living in isolation and have no one to call bullshit on my goofy ways.

I took the pill because I seemingly have developed allergies here in my own state's allergy season.  Pollen counts are high and I have mucous that gives me kennel cough.  I think using the aqualung inflamed it, too, and I have decided that I cannot tolerate it.  Don't want to, either.  Ever since the docs have gotten their hooks in me, I've been on the medline.  One can either give in and get reeled to the boat or rip out the hook.  I don't care to live like a patient.  Jesus, when I wrote the word, it didn't look right to me, so I looked it up.

Able to accept or tolerate delays, problems, or suffering without becoming annoyed or anxious.

I get both annoyed and anxious.  Nope.  I am not a good nor good at being (a) patient.

So I will have to find internal resources to deal with my physical deficiencies.

And, perhaps, I'll need to read this. 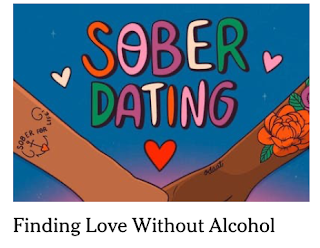 I've keep hearing about all the money being made in Bit Coin speculation.  Mr. Fixit's son has reportedly made a fortune investing in it.  Investing?  I don't understand any of this.  I read about it in legitimate news outlets, but I can't get my head around it.  You can just make up money?  Well, sure, all money is "made up," but this is wanky to me.

When I think of ways to get rich, they are alway stupid.  For instance, everyone of any caliber has stains on his or her or their mattress, right?  Unless you are married for forty years, that becomes problematic when you get a new girlfriend, boyfriend, or other, right?  And depending on your frequency in changing partners, it may become too expensive to keep buying new mattresses.  So I think, hey, let's market JizzAway Stain Remover.  I mean, who couldn't use that?

I'm about as good at making money as I am at Conspiracy Theories.  Here's mine.  Donald Trump, in cahoots with the Russians, unleashed a brain fungus at his campaign rallies in 2015 that is very infectious and causes voters to be susceptible to conspiracy theories.  Let's start that one.  It is more believable than Lizard People Theory, I think.

We'll see on January 6th.  The Times has gone from reporting it "impossible" for the house to overturn the election to "unlikely."  There are likely to be millions of zombies with guns when the certification goes down.  I had planned to darken up on January 20, but I may turn a whiter shade of pale.  I fear that Trump will start a war in a ploy to stay in the White House.  My vaccine will be of little value then.

It is New Year's Eve and I will be alone.  Not the first time, but it is getting to be very tiring.  And so, yea, maybe a little pop before bed.  A friend just texted me that TCM is having a "Thin Man" marathon today showing all the movies.  Wow!  I can't imagine a better way to spend New Year's Eve.  As that wonderful Nora tells the press in the original Thin Man film, "Why yes, we had a marvelous trip.  Nicky was practically sober in Kansas."