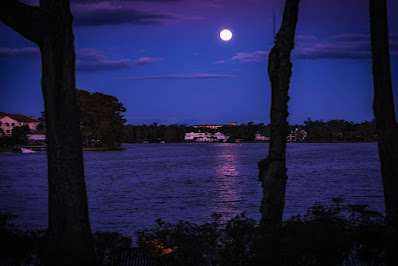 No money goes into the travel fund today.  I had two scotches last night.  That's o.k.  I've decided that I may have a drink on New Year's Eve, too.  Having given myself permission, it is less likely that I will.  There is simply something about the idea of abstinence that runs counter to my being.  Tell me I can't do something and I surely will.  Told I can do something, it is very difficult for me to take much interest.  It is a genetic trait, probably.  It has made for an interesting life.  Now, I am trying to learn to moderate it without reversing course.

I tried the aqualung last night.  It is a nightmare.  I spent a long while setting it up.  When I went to bed, I slipped it over my head and lay down.  It wasn't really uncomfortable to wear, but breathing was difficult.  I tried it for an hour, but never fell asleep.  Air pushes into your nose when you inhale, which is weird at first but fine.  Exhaling, however, is an effort as you are exhaling against the incoming air.  For awhile, I thought I was suffocating.  I had some post-nasal drip from my apparently new allergies which complicated things.  After an hour, I took it off.  From that point on, however, it seemed I couldn't remember how to breathe.  My apnea had apparently worsened.  I woke up over and over again in the midst of suffocating.  Was it my allergies or was it a result of using the machine?  I don't know the answer, but I kept imagining that the machine had messed up some rhythmic part of my brain.

I should have mentioned first (but I am too lazy to go back and rewrite this in) that I read the receipt and contract that came in the box.  They want me to sign a contract that says I am renting the machine, that I will use it for at least 4 hours 70% of the time or Medicare may require me to pay out of pocket.  Cost?  $2,300.00!  And. . . you are required to purchase replacement parts for it throughout the year.

Oh, there is also a chip in the machine that sends your data to the company so they can track you!  I shit you not.

I'm not signing the contract.  There may be some science behind the thing, but there is definitely a scam going on as well.  I Googled "apnea scam" and "CPAP scam."  Oh, yea.  PBS and Forbes, among others, have run reports on how much money is in sleep studies and CPAP machines.  Insurance companies are looking into it now.  CPAP prescriptions have increased tenfold in the past few years.  There very well could be good science behind this, but Las Vegas conventions for doctors featuring a guy in a lab coat with money falling out of his pockets might be a tell.  I'm sure my cardiologist is getting something good for ordering all of this for me.

So I am in a dilemma.  I know I have apnea.  The science behind the dilatory effects of apnea seems solid. It endangers my longevity and the quality of my life.  The aqualung, however, doesn't seem to be the answer.  I read that at least 50% of patients receiving them quit using them.

I'm telling you, there has to be a better way.

Now this is a poorly constructed piece, I know, for what I have just written should come at the end of the post.  Who in the fuck wants to read about aqualungs and apnea?  Nobody wants to read about aqualungs and apnea.  Most readers have probably abandoned this post by now.  Here is what I should have led with, but again, laziness prevents the rewrite.  Laziness and time.

I was very happy to tell you that I had a date with Moderna yesterday.  I sent all my buddies links to the registration site.  Some of them thanked me, then having just registered the next day had dates a couple weeks before mine.  WTF!!!  My travel/art buddy got his for January 6.  C.C. got his for the 7th.

Why?  What did I do wrong?  Fuck me, I thought.  My joy from the day before turned into a raging anger. I hated all my friends.

So I went to the site and tried to reschedule.  With trepidation, of course, for I was afraid to lose my spot and not get one until February or March.  But what the hell.  I tried.  And it worked!!!  I moved up to January 8!!!!

I quit hating my friends quite as much.  Still, the pettiness and envy or whatever venal sin it is shamed me.

I called my mother to tell her and see if she wanted me to try to change hers.  She wasn't out of bed yet.  So I exercised and did some chores before I went over.  Of course, she hadn't written down her password nor did she remember it.  I tried to many times to enter one and got kicked out of the system for fifteen minutes.  After that, I was able to reset her password and get her a January 9 date.  She was as happy as I, and she didn't even have to hate anyone in the first place.

For the rest of the day, I was feeling pretty light.  I was thinking of the traveling ahead of me, of living a life in the world again.  I felt the first joy in a year.  Hope springs. . . etc.

In the afternoon, I was able to transfer my mother's files from her old computer to her new one and finish setting it all up for her.  Now that was done as well.

On the way home, the sun setting as I came around the lake just a block from home, I saw the full moon rising.  Oh, my. . . I had forgotten and was taken by surprise.  My old pal.  And quite unlikely, I had put my big Canon Mark IV DSLR camera with its large telephoto zoom lens in the car that day.  I love the camera, the lens, the images, but it is like carrying a bazooka compared to my other cameras, so I hardly ever take it anywhere.  But this was fortuitous.  I pulled the car to the side of the road and snapped a few pictures.  Why?  I mean, another moonrise?  Certainly not destined to be a classic.  And it means nothing, really, unless you lean in hard on the symbolic suggestions of the thing, but it is not consequential or surprising as a photograph.  So why?

I don't know.  It is just illustrative.  It's not meant to be remembered, only to be looked at.  Look at it.  Go ahead.  See?  When you look away, it will be gone.

O.K. So this is where I should start writing about the scotch and the CPAP.  That would make more sense. And in my confused disorder, I know I am leaving something out.  It feels as if I am leaving out something of importance, but I can't remember it.  I'll go ahead and post this and then go, "Oh, shit!" later. What choice do I have.  The sun is up and the coffee is getting cold.  I'm going to try not caring about the aqualung and see how that works out.  I just need to take a walk and remember how to breathe again.