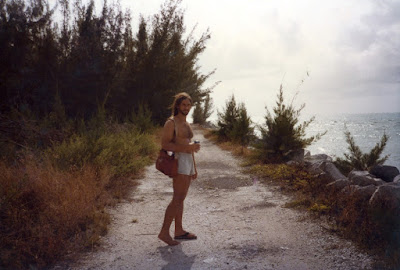 Bad news.  Looks like I am going to have to sit out the revolution.  Had a doctor's appointment this morning.  I will need to have some surgery in the coming days and then a fairly long recovery it appears.  I can't seem to catch a break.  Indeed, I have reached my breaking point.  And since I go on some powerful antibiotics tonight, it looks like my drinking days are over for awhile.  I won't have the bottle to help me cope.

Life was so much more fun when I was going to break hearts and live forever.

Such is a fool's life.

I'll know more on Thursday when I see the surgeon.

I am trying to get back into reading shape.  In grad school, I used to read two or three novels a week.  Closely.  I mean, I had to pay attention, take notes, etc.  That was in addition to the critical articles and handouts.  I haven't read like that for a long time now.  It has been taking me weeks to finish any novel I start.  But I have a stack of books I'm about to tackle.  Some are things I need to read again.  They aren't called "classics" just because they're old, as they saying goes.

I threw away a lot of my grad school material when I left the factory, but that's o.k.  There is plenty of new scholarship to read and either absorb or reject.  My own seemed musty anyway.

I remember standing on that stretch of road beside the gray Atlantic on the recently closed but still restricted Naval Base on Key West.  I was staying on a sailboat at dock there.  This was taken on New Year's Day.  I'd spent New Year's Eve with some people I knew, business owners and drug dealers from around the country, drinking expensive liquors and eschewing the endless lines of cocaine that stretched across multiple tables.  We ate at an upscale restaurant that overlooked the ocean.  A few tables away was the chief of police and his party.  At another table was the fire chief.  I can barely remember what happened after dinner, though I do know that the chief of police and the fire chief both disappeared with a huge stash of confiscated drugs.  This was all happening during the Cuban Flotilla.  One of my friends, a Mayoral candidate, got boarded by the Coast Guard in his beautiful wooden sailboat on his way back from Jamaica.  They were looking for Cubans.  That isn't what they found.  These were the Reagan years.  His lawyers pushed things down the road for awhile, but eventually he went to prison.

Me?  I was an observer of all things.  I was thrilled by the danger and adventure and expensive bravado these "characters" evoked.  I was but a naif, a wide-eyed observer allowed a peek behind the curtain.  I was weighing my possibilities.