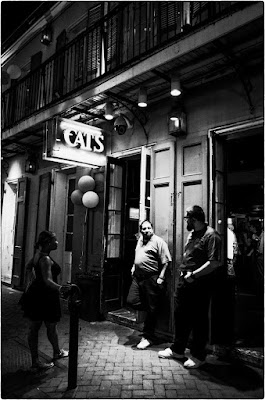 Well. . . if it is a fairy, it is still there.  And it has been joined by others.  When I went out tonight to look, I walked around the tree and then around the yard.  I have many bits of Foxfire on three different trees.  I can't find out from Google if this is dangerous for the trees or not.  I will call the city arborist tomorrow to find out.  Yes, my little town has a city arborist.  Pretty cool.

I am writing tonight because I must be at the Convention Center tomorrow at eight o'clock to get my second vaccination.  I never leave the house before ten any more, so this will be a real challenge.  I bought almond croissants to help me through the stress of it.  I know, I know.  Sometimes, though. . . .

My mother has been down lately.  She keeps saying that everyone is dead, that she is the only one left.  I tell her that there are more people than ever.  Her tone is the thing.  Today I mentioned that the seasons seem to fly by now, and she said, "Seasons?  The years just fly by.  Pffft!"

I told her that she might want to say that with a different tone.  Perhaps she could focus on the fact that she is still alive and gets to see the Trump impeachment trial.  But her tone is bringing me down.  I go every day and I hear the same things.  All we seem to talk about is illness and death.  These are not the things I wish to focus on, and it is wearing on me.  I guess everyone goes through this with their parents eventually.  But I know that is not true.  Some people rarely see their old parents.  Many are just stuck into "facilities."  My own life is shit, and I don't think I need any help being miserable.  I'll have to figure this thing out somehow, but right now, I haven't many ideas.  Maybe when she is fully inoculated and we can have a vacation at the beach she will pick up.

Maybe I will, too.

I read something about Tinkerbell today when I was "researching" faeries.

Though sometimes ill-tempered, spoiled, jealous, vindictive and inquisitive, she is also helpful and kind to Peter.

The extremes in her personality are explained in the story by the fact that a fairy's size prevents her from holding more than one feeling at a time, so when she is angry she has no counterbalancing compassion. At the end of the novel, when Peter flies back to find an older Wendy, it is mentioned that Tinker Bell died in the year after Wendy and her brothers left Neverland, and Peter no longer remembers her.

Now this explained a lot to me about life.  But when Peter left Neverland and went back to see Wendy, he forgot about Tink, and that was it for her.  She aged and then died.

Me?  I never forget.  Nope.  I have the "Pan" syndrome and will be a man-child forever.  No fairy needs worry.  I won't forget Neverland.