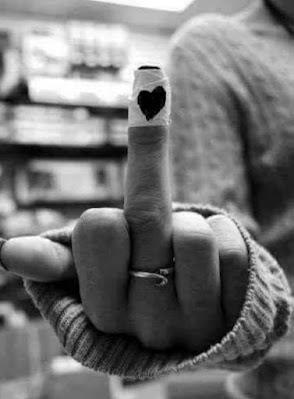 I want to lie to you and tell you that this was the only Valentine I received this year.  That is not factually true, but there is a truthiness to it.  I just wish I'd found this photograph on Feb. 13.

There is something wrong with me.  I don't know if it is the gloomy weather or the gloomy documentaries I've been watching lately, but with so little to do, there is too much of me to go around.  I mean I am unable to motivate myself to do anything at all.  Yesterday, a writer I know from NYC was in town.  He texted me and wanted to get together for lunch or a drink.  After struggling with it, I wrote back and told him I wouldn't be able to make it.  Oh. . . I was free.  I had nothing to do, and that is exactly what I did.  My entire body ached with not wanting to go.  It took a while for me to gather up the courage to admit that.  I felt better after declining the invitation, but I had no more motivation to do anything than before.  Again, perhaps I am too affected by the weather.  I am a sunshine boy.  Maybe it is my PTSD from having my house destroyed by Hurricane Charley so long ago.  But when the clouds move in, doom and gloom grip me.  My blood turns to molasses, my brain goes numb, and I just want to hide.  So yea. . . maybe.

But it might be The Year of Living Cautiously.  I am routinized by doing little.  Up too early, I read, write, exercise, shower, eat, nap, rise, get groceries, go see mother, cook, eat and watch t.v.  Anything that disrupts this now seems to cause me trauma.  This is one of the saddest admissions I've ever made, but yea, I think I could be damaged goods.

Last night, I watched a documentary on Debbie Reynolds and Carrie Fisher.  Why?  Because I can't watch the news any more.  I am thankful to have a boring president, but I don't want to watch him made a hero every night for being "normal."  And I have Fauci Fatigue.  Once an American Hero in the Time of Trump, he is now put on CNN and MSNBC every night to tell us that things are not going as well as predicted but we can still protect ourselves by wearing masks, social distancing, and washing our hands.  I can't listen to him say it one more fucking time.  And it is not just him.  The entire slough of news doctors has to say it, too.  I am all for it, but at some point they are doing more harm than good by repeating it.  For me, that point has cone and gone.

So, after watching what passed for a lead story, I searched HBO for documentaries.  I pay for HBO but never watch it.  I keep saying I am going to cancel it and save the money. . . and I will. . . but as soon as I do, there will be some great new series I will want to watch.

I don't know why I chose to watch the Reynolds doc.  I am no fan of her or her daughter.  I never liked Princess Lea and thought Jabba the Hut should have had his way with her.  I thought they should have played up the incest thing a little more, too.  And to me, the movie always looked like a made for Saturday morning t.v. show.  I did enjoy that Chewbacca looked like Jeff Bridges, but nobody else seemed to acknowledge that.

When Carrie Fisher went (famously) nuts, I didn't even notice.

No matter.  There was nothing else that intrigued me on HBO, so Reynolds it was.

I thought I'd only watch a few minutes, but there was something intriguing about the mother/daughter thing.  And at one hundred or however old she was, Debbie Reynolds still had a weirdly attractive charm.  She would go out to those auditoriums and put on a show for a few hundred septuagenarians brought in on the AARP bus like it was Vegas.  Somehow, as hideous as that could be, it came off somewhat delightful.  How much could they be paying her for such a thing?  Surely it would not have been financially rewarding.  She might as well have been doing dinner theater.  But, you know, the straw and sawdust must still have been in her veins.

So I got sucked in and watched the whole thing, and, of course, crawled deeper into my depression.  Reynolds died shortly after making the documentary.  I don't think I'd ever watched a movie she made, not even "Singing in the Rain,"but after an hour and a half, I was sad to have lost Debbie Reynolds.

On having never seen "Singing in the Rain," there is a scene in "Wonderboys" with Tobey McGuire smoking a number and eating powdered donuts and watching a movie and singing, "Good morning, good morning," with rapturous glee.  I didn't know where that song came from until last night, though I have sung that snippet since I saw the film a hundred times when it came out.  Funny, that.

After pouring an after documentary drink, I went outside to look at the faeries.  And holy shit! 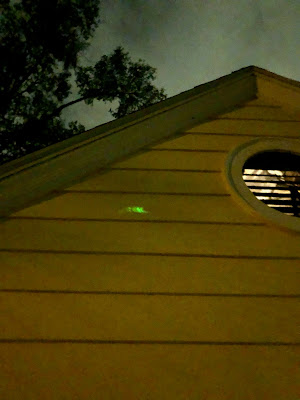 One was attached to the house!  I've gone to look this morning, and there is no trace of anything, not a mushroom nor a stain of fungus nor a mark of any kind.  I'm sorry, kids, but it can only be a faerie.  Maybe she's the one giving me the old Valentine's finger.  I don't know.  It is getting spooky.

See the light coming from the attic vent?  I forgot to turn that off two months ago when I went up to confront the wolverine that I thought was living there.  Maybe I'll get motivated and climb the ladder and turn it off today.  Just like I'm going to fix my mother's leaking toilet.  My body aches just thinking of doing anything.  You know what I want to do?

Today, however, I get beautified. 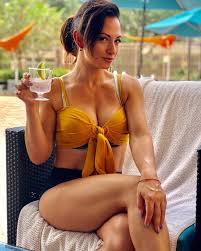 When I showed this picture to my mother, she wanted to know if my beauticians breasts were real.  WTF? I don't know, I said.  I never really get to squeeze them the way I should, but I will tell her you are curious, and who knows?  Maybe she'll let me play with them a bit.

My mother is used to me, I guess.  She just laughed.