Chalk It Up To Being Blond 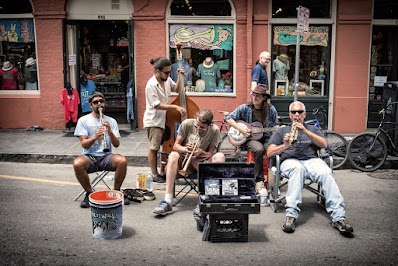 Where do I begin?  The smell of death?  Beautification?  The Revenge of the Faeries?  Reaching full immunity?  That all happened yesterday?!?

I don't want to jinx it, but I think the smell of death is almost gone.  Not completely yet, but almost.  I've been afraid that the plumber lied to me or was just wrong.  What if there was a dead animal under the house but a sewage pipe had broken too?  That's the way I think, of course.  But yesterday, there were no sudden whiffs.  Oh, please, I prayed, please, please, please.

I need to get some chicken wire and close up all the openings that go under the house.  I've meant to do that for. . . years?  But I tell myself I'm afraid I will trap something under the house that is already there.  Maybe the cat.  I will do it, however.  I will do it soon.

But let's tiptoe away from that for now.  I should not have mentioned it yet.

Oh, fuck.  Let me just skip ahead to the best part--for you.  Last night after dinner, I went out with a glass of scotch to check on the faerie lights.  I decided to walk down the street and see if they were they were visiting other people, too.  And sure as shittin', I saw them in my neighbor's trees.  And the farther down the block I walked, the more I saw.  Holy shit, the house two doors down was full of them.  It was like a pandemic.  I saw that my across the street neighbor was in his garage working out on his rowing machine, so I walked over and said hi.  I asked him if he had seen the Foxfire.  He quit rowing and said he hadn't.  We walked out to the street, and I showed him the lights.  I don't really talk to him often at all, hardly ever.   He is a psychology prof who has his own shop, I think, but as I say, I don't talk to him enough to know.  I showed him the lights in his trees and told him it was a luminescent fungus.  Then I pointed across the street where the trees were full of them.  He looked for a minute and then said he thought it was coming from the light being projected from that neighbor's driveway.  Just then I noticed that he had faeries on his shirt, the same lights I've been looking at for a week.  He passed his hand over it, and sure enough. . . holy fuck, holy fuck. . . it was light.  The surgeon who lived there had one of those projection things that shoots a pattern into the trees.  I was absolutely embarrassed.  I told my neighbor I felt like a real goof, told him that I had called the city's forester, etc.  My neighbor was good natured enough about it, but I know THIS will be a tale twice told.

So much for my faeries.  I still can't believe that the light is coming from so far away.  I should call the police.

Giggle if you want, however, for I got greatly beautified before that.  I'm sure my neighbor just chalked the whole thing up to my being blonde.  And I am.  I really am.  While I was at the salon, my beautician said she wanted to hook me up with a true Russian/Ukrainian beauty.

"You already said I don't have enough money for a Russian girl."

"You mean she needs a green card?"

I told her that wouldn't work for me, that I was too shy for such a thing and that I was still kind of not over my breakup.

"You will be as soon as you sleep with someone," she said, and I'm sure it is true.  She has the wisdom and secret knowledge, I think.  She says she is a Russian Jew, but I believe she is really a gypsy.  They are one and the same thing anyway, aren't they?

"Well," I said, "the problem is, I'm not really supposed to be close to schools."

She looked at me for a minute, then laughed.

When I left the salon, I got in the car and took about a hundred selfies of my blonde locks trying to get one I could text.  But don't tell anyone.  I don't want to seem vain.  Vanity is one of the Seven Deadly Sins.  And truly, I prefer Sloth.

All of this on the day I reached full immunity, or at least the fullest immunity I will attain.  So why do I still feel vulnerable?  I still feel a paranoia about being around people.  Q the blogger says I should tell women I have become fully immunized and can no longer transmit STDs.  There's a thought.

Today is Friday, the end of the long work week, a time for celebration.  Maybe I'll get some sushi tonight. Maybe I'll sit at an outside table and eat it there.  But no, I don't think I will.  What would that look like, an old blond eating alone?  Loser.  That's what that says.

O.K.  Let the band begin to play.  I'm crossing my fingers and hoping for some good fortune.  Sunshine and blue skies coming my way. . . etc.