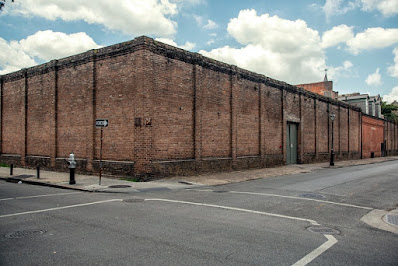 I watched the last two hours of the senate impeachment trial last night.  I've changed my mind.  The prosecutors have done an incredible job in making their case that Trump not only inspired the Capitol riots but was derelict in his duties after they began.  An impeccable job, really.  They are not finished yet, and the defense team has not made their argument, but I have been swayed.  Proving a direct line of culpability,  I thought, would be impossible, but now I can't imagine how anyone but a a partisan hack could avoid casting a guilty vote.

The senate republican caucus is made up of partisan hacks.  They have no conscious outside their radical agenda.  Trump, despite the incredible prosecution, will be found not guilty.

I am not saying The Woke created the insanity of the right.  Go back to Reagan.  Go back to Gingrich.  It really fired up during the Clinton presidency.  The ugliness of it has been growing ever since.  It was obscene during the Obama administration.  When Hillary and The Woke took center stage, however, that really got those white gangsters living in compounds for the last twenty years fired up.  Then came George Floyd and the BLM movement and Antifa and Portland and CNN and Cancel Culture and then Trump let the dogs out.

Now, with America on the ropes, France is reacting (link).  They are pointing the finger at the American academy and the agenda of the far left.

The N.Y. Times is struggling with the issues of The Woke, too (link).

It seems we will need to cancel the past at some point (link).  Those were very bad times.

Oppression is the issue.  What is at question is the definition.  All sides feel they are being acted against.  People generalize then categorize.  Then we deal with false equivalents.  Those verbalizing the argument aren't always the best prepared to represent and so we pick at the flaw in the argument.

Add in some religious zeal (or its "spiritual" equivalent) and a little crank and then give the asshole a microphone (social media), and stir.

Start with Newt Gingrich's "Contract with America" and the birth of the Tea Party and you will inevitably get The Woke.  Tolerance is a casualty.  You can't throw a brick without breaking a window.

But maybe it started with the hippie movement in the '60s.  As Nixon's Attorney General John Mitchell predicted then, "This country is going to go so far right you will never recognize it."

Now the U.S. is like the Dugum Dani Tribe of New Guinea--an endless cycle of offense and retribution.

"Ritual small-scale warfare between rival villages is integral to traditional Dani culture, with much time spent preparing weapons and treating resulting injuries. Typically the emphasis in battle is to insult the enemy and wound or kill token victims, as opposed to capturing territory or property or vanquishing the enemy village." (link)

This is not at all what I had planned to write today.  Indeed, I had intended something completely different.  I will have to change the photo for today as a result.  Perhaps tomorrow I will get to what I intended.  It was the senate hearings that did it to me.  The prosecutors have made their case, and I can't imagine that the defense can counter it.  But we shall see.  A juror does not get to cast a vote until all the evidence has been presented.