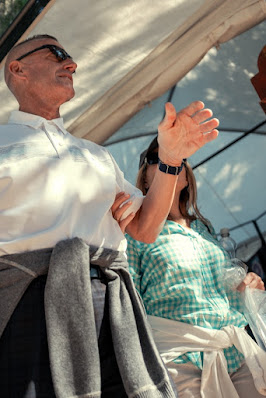 At his desk the writer worked for an hour. In the end he wrote a book which he called “The Book of the Grotesque.” It was never published, but I saw it once and it made an indelible impression on my mind. The book had one central thought that is very strange and has always remained with me. By remembering it I have been able to understand many people and things that I was never able to understand before. The thought was involved but a simple statement of it would be something like this:

The old man had listed hundreds of the truths in his book. I will not try to tell you of all of them. There was the truth of virginity and the truth of passion, the truth of wealth and of poverty, of thrift and of profligacy, of carelessness and abandon. Hundreds and hundreds were the truths and they were all beautiful.

And then the people came along. Each as he appeared snatched up one of the truths and some who were quite strong snatched up a dozen of them.

It was the truths that made the people grotesques. The old man had quite an elaborate theory concerning the matter. It was his notion that the moment one of the people took one of the truths to himself, called it his truth, and tried to live his life by it, he became a grotesque and the truth he embraced became a falsehood. (Sherwood Anderson, Winesburg, Ohio, "The Book of the Grotesque")

One of my old and wonderful friends is someone I haven't seen in many years.  We have kept in touch over time, but not so much until recently.  He is one of the cleverest fellows I know, on par with den of misfits I generally esteem.  He is very successful at what he does in a terribly financial way, but for some reason, we have always gotten along.  When I was really poor, I used to like to drink up his wine and scotch.  He was generous that way.

Recently, though, we mostly joust over politics.  I'm not sure of his sources, but he often sounds like QAnon lite to me.  He swears he doesn't watch Newsmax, but I suspect he turns on Rush when he is driving.  Maybe some others, too.  He would say it is just for entertainment, but as my aunt used to say, if you carry a turd in your pocket, you will start to smell.

I enjoy calling bullshit on his logic, of course--false equivalencies, ad hominem attacks, red herrings, false dilemmas, etc.  After that, I just tell him his sister is a whore.  It's o.k.  He doesn't have a sister.

In response the other day, he said he was tired of me calling him stupid.  Then he referred to something that said people with an IQ over 130 lived tortured lives.  Now I know IQs.  I know immediately when someone has one that is higher than mine.  It is important to be able to spot such a thing right away.  It will save you a lot of embarrassment and trouble.  Most of my friends have IQs similar to mine.  That is the way things work, I believe.  It may not be a conscious decision, but it is a place you find the most comfort.

But I don't mind engaging with those with the super high IQs.  As I've said, my half-brother was one of those off the chart geniuses, but he was tested so much that I learned there were days he was not as bright as others.  I mean, having taken batteries of tests, his IQ scores were all over the place.  And as I've reported, I beat him in chess.  I just knew more about the game, so it was easy.

I worked with a guy who was overtly proud of his inclusion in MENSA.  And he was good.  He could make abstract connections in conversation that would take me a while to figure out.  He was fun.  He was fun to argue with, too, for not only was he smart, but he was somewhere on the spectrum.  He was so internal, I just tap-danced over his arguments.  While he was smarter, I was quicker, so I would just throw a few quick jabs, throw my hands up in victory, and turn tail.  I always felt guilty for this, of course, but you have to play the hand you're dealt.  Try arguing with someone incredibly beautiful, for instance.  There is no good argument against that.  Well, you know, lefty intellectuals want to beauty-shame, of course, but beauty is its own truth.

Which brings me to my point. . . sort of.  My buddy keeps talking about truth, which is pretty irritating.

"First let's deal with facts," I tell him.  "Truth is a poetic notion."

And then I sent him the Sherwood Anderson snippet above.  I love that passage as I love the entire book.  It occurs to me that today, in a world where facts are overwhelming, people have chosen to live their lives by "truths."  Religion seems to be the place where truths are rampant and facts are scarce, but there are alternatives now, too.  On the left are my friends who believe in vortexes and healing crystals.  On the right are those, not my friends, who believe in pedophile lizard people conspiracies.  As silly (and sometimes irritating) as I find astrology, crystals, and vortexes, such beliefs seem relatively harmless.  The virulent hate conspiracies, however, those weird conglomeration of Christianity and militant paranoias, is troubling.  Oh, I've glossed over the left's desire to muzzle speech and privilege identity politics which I believe (belief, not fact) has been a catalyst for the far right, and I shouldn't.  An irrational hatred for "that boy Bahama" was key to the movement, but it was Hillary that lit the fuse.  Only she could have gotten Trump elected (o.k. opinion not fact), I think.  Maybe Warren, maybe Bernie.  O.K.  I don't know.  I am surely proving, though, my inability to perform my own theory.

Jesus.  I was doing so well, I thought, until that last paragraph.  I could just delete it, but that is not the what this blog is about, is it?  No, I am here simply to show the workings of a confused and often troubled mind that is sometimes tied up with pretty bows.

I think tomorrow I will offer a pretty bow.  But for now, quiz yourself on how many times you substitute the word "truth" for "fact."  I might tell you that it is raining as I write, and that's the truth.  But it isn't, though, is it.  It is a fact.

It is difficult to argue with someone who has the facts, but it is impossible to argue with someone who has the truth.  You can never win that argument.  You will never change their mind.  I've given up on that.  All I can do is irritate them by asking for evidence.  It never changes their opinions, I have found, but it sure makes things a lot more fun.

I don't think I am completely rational this morning and my concentration is not quite up to snuff.  The second Moderna vaccine knocked me on my butt yesterday.  No fever, but my body ached quite a bit and I had no energy at all.  I just slammed Advil and lay on the couch and watched movies. I started with "Leon: The Professional."  I hadn't seen it since it came out.  It is a wonderful movie but for the action scenes and anything with bit players.  They are like every other silly action movie made in the '90s, just awful.  But every scene with Jean Reno, Natalie Portman, or Gary Oldman is gold.  That Portman didn't win an Academy Award for her role is as big a crime as not giving one to Bill Murray for his role in "Lost in Translation."  But what are you going to do?  The awards are voted on by morons.

All day, as I lay upon the couch, I kept telling myself to drink water.  But all I could manage to eat was what remained of my crusty bread dipped in garlic and olive oil, and you can't have that without red wine. Oh, just a sip, and then another, but I never did manage to get around to the water I am sure I so needed.

I feel better this morning, and I will be fine.  I am building my immunities while the radical right spreads the virus.  Today is Super Bowl Sunday.  I will watch it with the immediate members of my household.

Or I will not watch it at all.  Selavy.