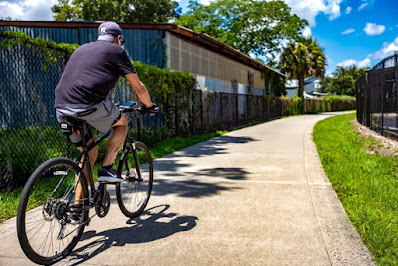 It has been a wicked day.  It is mid-afternoon and the plumber has just arrived.  I was his first call I was told yesterday, but what they didn't tell me is that he had night duty and did an emergency job until 3:00 this morning.  His first assessment of what needed to be done was horrid, but he has since changed his mind and is trying something easier and more do-able--meaning he might not have to chip up the concrete floor in the garage.  All I can do is sit and pray and try to drink away the misery.

As I reported, I was up later than I like talking on the phone.  Turned out that it was a drunk dialing, and this morning everything has gone south.  Selavy.  That's the way the crooked world turns.

What truly threw me for a loop early in the morning, however, was a call from the County Health Department.  My phone does not ring in a call unless I have previously dialed the number, so all I had was the message giving me a callback number.  WTF?!?  Why would I be getting a call from the Health Department.  My mind raced.  The only thing I could think of was that the vaccine they had given me was bad.  This had happened to me once before years and years ago with a hepatitis vaccine.  Maybe the Moderna had not been kept at the correct temperature.  Worse, maybe they found that my batch had been tainted.  Arsenic, I thought, or some carcinogen.  I called back and got shuttled into a waiting line for twenty terrible minutes.  When a voice came on the line, I explained that I had received a message to call this number.

"Who left the message?" asked a woman in a very difficult Asian accent.

The Asian lady kept asking me questions and told me that she would try to look up who called before.

"Stay by your phone," she said.  "She might call you back soon."

This was a hard thing to explain, so after a while I just said, "O.K."

When I hung up, I went back and listened to the voicemail.  Shit.  She did leave her name.  Kathy.  I called back and a different lady answered.

"I was told to call this number by a woman named Kathy."

"O.K." she said and asked for my name and a callback number.  Once again, I explained my phone situation, but this woman understood it even less than the last.  When I told her the number the call needed to come from for it to ring, the woman thought I was telling her to call that number.  While all this was going on, another call came into the phone.  I figured it was the plumber and I would call him back when I hung up.  Once we had gotten everything straightened out and I hung up, however, I saw that that was not the case.  The callback was from Kathy.

I called back once again.  "I need to speak to Kathy," I said.

I went through the spiel once more, name, etc.

"Oh, hello, I was just calling to see if you had gotten your second vaccine yet."

"Oh, good.  We just like to make sure that everyone gets the second.  If not, we schedule an appointment."

"Dear God, Kathy, I thought you were calling to tell me my vaccine was no good, that it was poisoned or tainted with the AIDS virus, or that someone I knew had given me syphilis."

An anxious hour of my life was gone.  I'd never get it back.

The plumber just left.  He thinks he can do the least expensive thing and has gone to get supplies.  He'll be back around four, he said.  It looks like I am stuck here for the rest of the afternoon.  Still, if he can do this and the plumbing is repaired, it will be another thing off a plate terribly crowded with horrid offerings.  Not so many things have gone right lately, but many things have gone wrong.

I thought to write another Brando narrative here while waiting for the plumber, but after drinking a little bit of sake, I feel the need to sit back and close my eyes for a while.  Just to think.  Yes, I will think for a bit and finish this up in the morning.

The plumber did it!  He fixed the leak without tearing up the cement floor in the basement.  Everything seems o.k.

I await the next tragedy.

Not having gotten to the store yesterday, I ordered dinner out from what used to be one of my favorite Italian restaurants in town.  In truth, this town doesn't have so many good restaurants.  Hardly any, really.  It has LOTS of restaurants, but they are of the sort that puts calories into the middle American belly.  Last night, I ordered a spaghetti carbonara with chicken and an arugula salad which I ate outside with a bottle of wine while the plumber did his work.  It felt wrong, this eating and enjoying myself while someone else was working, but this is the new me.  I have always babysat workers making sure they were comfortable and had everything they needed.  I would allow myself no peace as long as they were working.  No more of that for me.  I am paying them to do what they do.  I will sit with expensive wine in my bespoke linen while they perform the task they were hired to do.  They are always paid what they demand.  I need not dirty my hands and will not any longer.  As far as I can tell from this first pass, the results are the same.  They do the work, I pay them, and they leave usually to never be seen again.

They make the carbonara with pancetta, a salt cured pork belly meat.  It is truly the best use of pork belly. It makes pasta sing.  I would eat it for breakfast if there were any left over.

I have requests for more tales from the jungle with photos.  Well, I will have to search high and low for those pictures.  They exist. . . somewhere.  As I say, I am not very well organized.  I have many, many hard drives, and they are on one.  The tales themselves are neatly filed away, however, right up here in the old noggin.  I just have to get them out.  I've been thinking about the whorehouse part of the story.  I don't think I have ever written about going to a whorehouse before, and after writing that yesterday, I began to think about the unconscious shape those experiences had on the "Lonesomeville" project.  Indeed, now that I am thinking about it, I am sure it was profound.  The Doral was not the first nor the last brothel I visited in my travels, and perhaps they will pop up if I continue to tell tales of travel in foreign lands.

What a lovely phrase.  "Foreign lands."  It reminds me of something that is disappearing in the world--the exotic.  The exotic is wrong, of course, as post-colonial theorists have taught us.  Goodbye to Kipling and all the rest.  "Otherness" is a sin of privilege.  So say the intellectually privileged, anyway.

But as John Huston is portrayed as saying in "White Hunter, Black Heart," "Sometimes you just have to do the wrong thing."  So in the spirit of James A. FitzPatrick, I may regale you with tales of travel and adventure and the exploration like any good Orientalist.  Or better, if I had the talent, like Lawrence Osborne in one of his richly written novels.

But today is all flowers and sunshine, or so I would like.  I just remembered some terrible tasks that need doing before I can relax, however, and I must get to them now if there is to be any ceviche and sangria in my near future.  And so. . . until then. . . .