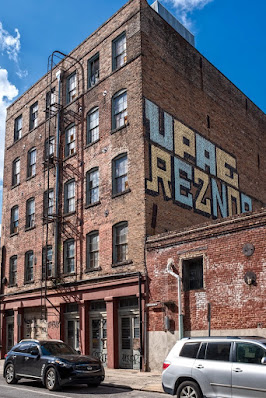 Spring sprung mostly unnoticed here.  I did not feel well, nor did my mother nor my cousin.  Is that what they call spring fever?  There seem to be two versions of it.  I had the bad one.  I slept and moped and ate badly.  As I recall, though, most of my illnesses have come in March.  I think the climate here is just a soup of high humidity, pollen, and viruses this time of year.

Today looks to be an exact replica of yesterday.

I tried watching the NCAA Tournament.  I couldn't manage it.  Far too many commercials.  Lackadaisical commentators.  It just didn't bring back memories of the Al McGuire and Billy Packer days.  College basketball programs didn't have as much money back then.  There was a much greater sense of amateurism.  You had the feeling that you might be able to play a few minutes of the game if a team was a man down.  You know what I mean.

So after dark, it was YouTube and the final episode of "Below Deck Mediterranean."  Sad.  I don't know what I will watch now.  YouTube has gotten to be as bad as commercial t.v. with its ads every few minutes.  Am I alone in noticing this?  Maybe you all have subscribed to YouTube without commercials, though.

Commercialism is ruining everything.

I read that they have shut down Miami Beach at night.  Huh.  You mean the kids aren't behaving?  I'll tell you a secret--I don't think most of the people there are college students.  What do you think?

People's ideas of fun have changed, I think, in large part thanks to Dr. Hunter S. Thompson.  There are few Cole Porter moments any longer.  I'll take a double Cole Porter with a splash, thank you.  Dorothy Parker and the Vicious Circle look practically wholesome now.  Miami Beach looks to me like violence waiting to happen.  It is hardly "Where the Boys Are."

But that Florida is gone as is much else.  There are simply too many people everywhere you go.  I always loved theme parks.  I never went to them, but I loved that most other people did.  It kept them away from the places I liked to go.  Now. . . people spill over from everywhere.

Did I mention commercialism?

I've been slow at this today.  I've been here far too long now and beg to close.  There will be other days as your mama used to say.  Better days.  There'll be days like this your mama said.