Many Must Have It 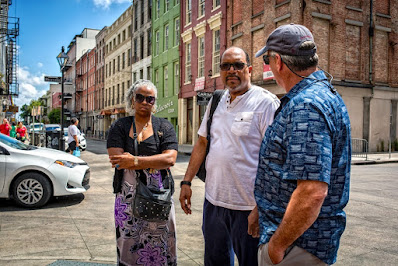 The world is horrible, but the news is funny.  Headlines are, anyway.  I don't bother reading many of the stories now, but I peruse tag lines relentlessly.  Do they do it on purpose?  Are those writing the tag lines just a bunch of maniac jokesters?  I spend a lot of time cutting and pasting stuff to friends.  I don't send everything to everybody.  I'm judicious.  But this one was universal.

"The heart gets smaller and shrinks and atrophies, but it doesn't become weaker -- it's just fine,"

I am a child, I know.  But I think I have known some with the shrunken heart syndrome.  It is difficult to measure.

So the Trial of the Century has begun.  Who are you rooting for?  CNN has already convicted.  They are asking black people if they are worried that there will not be a guilty verdict.  Why even have a trial?  That fucker Chauvin should be tortured before hanging.  What is he guilty of?  Being a loathsome human being.  You cannot watch the video of him kneeling on Floyd's neck and not sickened with anger.  And the entire time, he is taunting Floyd.

"What do you want?  Just get up and get into the car."

This is a reference to Floyd's attempt to flee.  Floyd, that pillar of the community, that role model for all American youth.

The world is full of lousy people.  There is no shortage.  But Chauvin isn't on trial for taunting and being a fucktard of a human being.  He is on trial for murder.  And that is where it will be problematic, I assume, for the jury.

Still, if anyone should ever be convicted of a horrible crime, Chauvin is the one.  God, that fucker sickens me.  But there is no charge of being a horrible human being.  It is very specific, and the jury will have to work within the parameters.

Be afraid of what might come.  Be very, very afraid.

Or worry more about the plight of Brittany Spears.  Apparently a lot of people do.

As Barry Gifford said, the world is wild at heart and weird on top.

Unless you've been in space for an extended period of time.  But it's just fine.

I took my car to the shop yesterday morning and walked home.  It wasn't five miles.  It was four.  That is just right.  Afterwards, I forced myself to clean the tool shed.  It has been a mess since Mr. Fixit was here. He just piled all kind of shit in there.  So I took everything out and appraised its value, threw away what I could, swept the horizontal surfaces off, and put everything back in a fine order.  It was like cleaning the kitchen cabinets only heavier.  I had to carry a lot of heavy stuff around and I spent much of my time bending over and picking things up.  And by nightfall, my body had rebelled.  My back took most of the beating.  I woke every two hours last night.  Real work--not simulifting in the gym--is hard on my broken body.  There are things I am not really capable of any longer. . . and yet I did them, manly man that I think I am.  But like all the testosterone deficient American males raised on plastics, I ain't half the man that I used to be.

I have nightmares now of getting the George Floyd treatment.

I am looking forward to today.  I don't know why.  But I feel as if I am about to be more interesting, about to have a more creative life.  It is just a feeling, so who knows.  But my heart is big and bold.  I have done much intense exercise and lived with gravity, so I have the opposite condition of an astronaut.  My heart is larger. . . but it's just fine.