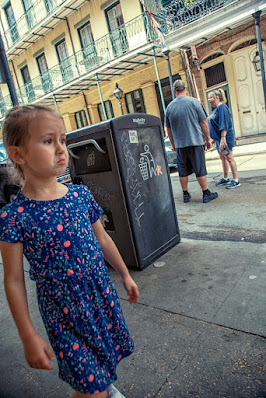 Fuck me.  I just spent the morning writing a story that never got written.  I've been told that reports of what I had to eat with my mother on Sunday nights are not really scintillating.  I can see that.  The suggestion is that I write some tales, but what tales do I have to tell in the Time of Covid?  Well. . . didn't you live before that, you ask?  Yup.  A lot.  Thus, I began a story about Brando and I in Caracas during the coup late one night at a famous brothel in a distant part of town.  At least that was the idea.  But I got caught up in too much back story and after an hour of writing, I had not gotten close to the brothel, so I am shelving it for now to be taken back up in the upcoming hours.  Telling stories is much harder than writing the daily anecdote or observation.  Jesus, I haven't concentrated on anything for more than a year.  My whole body is trembling with strain.

Actually, I have been concentrating these last few days on putting together "The Book."  I don't know what I was thinking when I started.  Hanging ten pictures on a wall somewhere is one thing, but trying to put one hundred images together in a book is another.  There seem a million ways to go wrong.  I put in the first image.  O.K. Good.  Then the second.  Fine.  But what should follow that.  Look back at the hundreds of images selected for the final of which more than half will be left out, and think about what you want to say.  This one, then this one.  No, no, wait. . . start again.  Back in September, if you remember, I had printed out all the images I thought I would use, then cleared the furniture out of the living room so I could put them all on the floor and order them.  Now, looking at my choices, I can't figure out why I chose what I did.  It seems to make no sense.  And now I have discovered new images that I hadn't seen back then.

I am not an organized man.  I am going to need to give myself permission to fuck it all up without worry.

Oh, but I have been thinking about making another smaller book of street photographs as well.  What the hell, right?  I will leave them on the coffee tables in the house.

"What, those?  Oh, they're nothing, just some picture books, you know."

"Are these your photos?"

I'll try to have a tale to tell tomorrow.  I've been too long at the computer now.  And so, as they used say in the old serial shows. . . "to be continued."